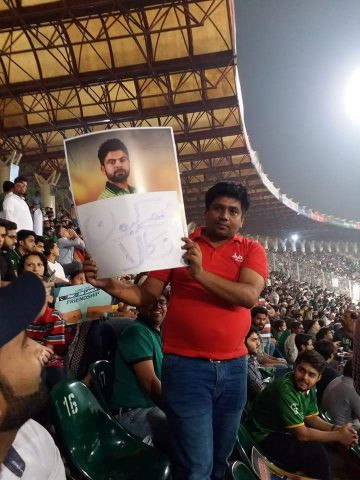 Having shown no impressive performance in ODI series and previous two Twneyt20 matches, the batsman has been shown the door in the last T20 against Sri Lanka played in Lahore on Sunday. One of the cricketer’s fans came up with an offbeat protest over his not being on the team.

The cricket buff was carrying a placard of his picture with a large hilarious captain ‘Mujhe Kyn Nikala’ (Why was I ousted’. The spectators sitting at the gallery enjoyed the interesting situation. –SAMAA

Fuel rates may increase by Rs2 on global cues