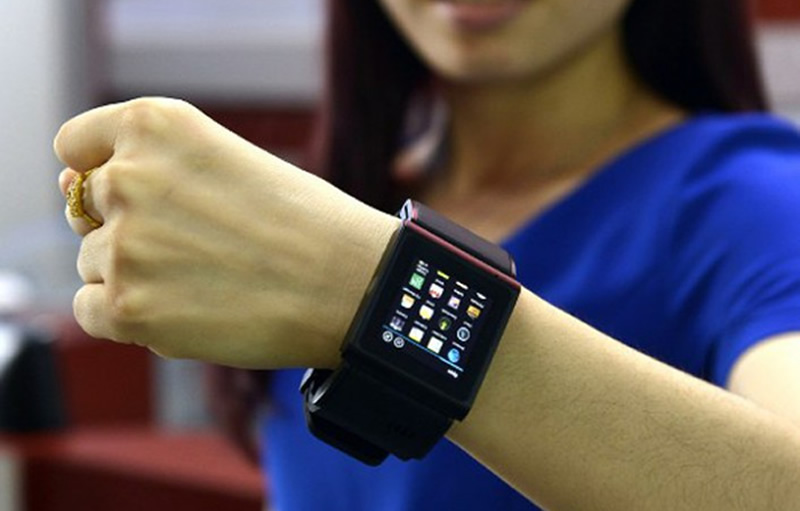 The Apple Watch goes on sale on Friday but Chinese factories are already churning out cheaper alternatives, to the delight of local consumers.

“Our product has all the functions Apple Watch has, and even surpasses them,” said Zheng Yi, founder of a firm whose electronic watches can make phone calls, browse the Internet and play movies.

His profits may lag behind the US tech giant, but Zheng told AFP he “started working on smart watches eight years ago, long before before Apple”. Apple has been hugely successful in China and industry analysts expect its new “smartwatch” will be a hit with status-conscious consumers in the world’s most populous country. But it is priced from 2,588 yuan ($400), and Chinese alternatives cost only about a sixth as much wholesale. “The Apple Watch is quite beautiful… but we are more rapid in delivering product, and much cheaper,” said Zheng — who welcomes the Californian firm’s entry into the market as “absolutely a good thing” that will raise customer awareness. At a production line in the manufacturing hub of Shenzhen, workers in blue shirts and flip-flops soldered, glued, and screwed the watches together, dropping them onto a conveyor belt after each step. A staff of around 100 can produce 2,000 smartwatches each day, helping Zheng’s firm Shenzhen YQT Electronics sell more than 50,000 units a month, he said.

In contrast, some analysts estimate Apple has already had several million orders worldwide for its watch, with the first retail consumers set to receive their products on Friday. Knock-off versions — with similar touch-screen displays and icons indicating email and phone functions — already fill display cases at an electronics market in Shenzhen’s Huaqiangbei district.  “Would you like an Apple Watch?” one vendor asked, before quickly admitting that the product was an unbranded local imitation. The Chinese wrist-bound offerings differ from Apple’s — most use SIM cards and essentially function like phones, while the Apple Watch depends on an iPhone for many of its functions. A saleswoman, Beryl, who sold smartwatches in a rainbow of colours said: “We have had a lot more interest since Apple announced its watch. Sales are good.” China’s e-watch producers are concentrated in the southern province of Guangdong province, where foreign firms including Apple suppliers established huge factories more than a decade ago.

Partly as a result, local upstart firms can now draw from a rich pool of design talent, and thousands of component makers concentrated in a small area. Several such companies, including Zheng’s, have banded together to invest in a joint production line, hoping to move up the value chain by aiming for higher quality. Young workers perched on plastic stools to piece together the watches in a series of repetitive steps, before laying them in trays sideways. The near-silence was punctuated only by a regular electronic tinkling as devices were powered-up for testing. “The work is very precise, so workers between 16 and 30 years old are best… each step of the process must be completed in around half a minute,” said supervisor Ouyang Xuehai. Providing staff — who said they earn basic wages of around 4,000 yuan per month, and often work 12-hour days, six days a week — with diversions such as music would interfere with checking the devices, he added.

“I’ve heard of Apple, but don’t understand it too well, I think we are somewhat different,” said 19-year-old watch tester Tan Lixia. Guangdong has become notorious for counterfeit versions of leading electronics brands, but Zheng rejected the knock-off label, adding: “What some might call knock-offs, I think of it as learning, absorbing the best practices and making improvements.” A diminutive 38-year-old, he drives a BMW and enjoys golf and eating steak — but his office, by a litter-strewn passage in a remote industrial estate and reached by a rusty freight elevator, seems a far cry from Silicon Valley. Even so, his firm claims the first watch to run Google’s Android operating system. “We can take a product from an idea through to market research and design to production in six months. “I’d like to be a Chinese Steve Jobs,” he added. “That’s the dream.” –AFP