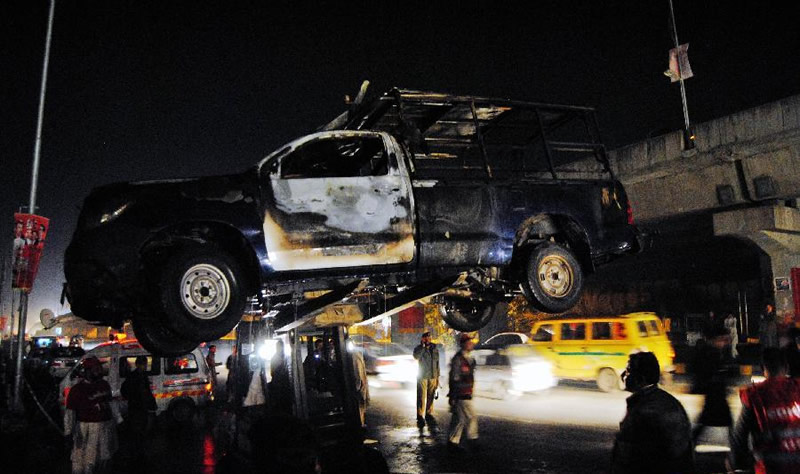 A roadside blast near police vehicle left at least five law-enforcers injured in Peshawar. According to police and rescue officials.

The incident took place in Peshawar’s Gulbahar area where a roadside hit a police mobile patrolling in the area.

Security forces cordoned off the area as nature of the explosion could not be ascertained immediately. – Samaa