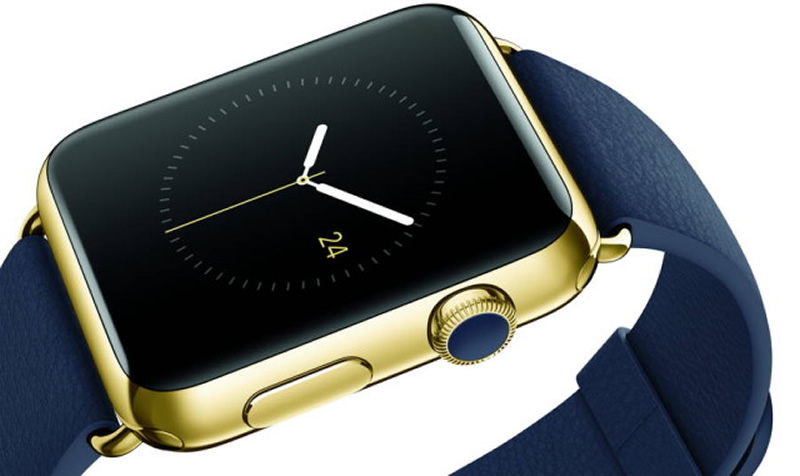 Apple Inc (AAPL.O) is likely to quickly ramp up production of the Apple Watch after strong pre-orders outstripped limited supply, analysts said on Monday. Apple’s website lists shipping times in June for some models, and four to six weeks for others, suggesting the company is straining to meet demand.

However, analysts said Apple could sell between 2.3 million and 4 million watches in the quarter ending June.Apple was widely expected to disclose pre-orders on Monday, following its usual pattern after a product launch.

But Piper Jaffray analyst Gene Munster said this may not happen this time because of the supply issue. “Overall we view the trends over the weekend as an indication of solid demand paired with very limited supply, with supply being the most significant limiting factor,” Munster said in a client note. Munster, who thinks Apple will sell 2.3 million watches in the April-June quarter, expects the company to ramp up production between mid-May and June.

Estimates by shopping data firm Slice Intelligence and brokerage Cowen and Co pegged bookings on Friday, the first day of pre-orders, at about 1 million in the United States. For comparison, about 720,000 Android-powered smartwatches offered by companies including Samsung Electronics Co Ltd (005930.KS) and Sony Corp (6758.T) were shipped in all of 2014, according to market research firm Canalys. Analysts at brokerage Pacific Crest said their checks showed that Apple appeared to be ordering components for the watch that would allow it to make well over 20 million this year.

UBS estimates that Apple will sell 16 million watches in fiscal 2015 ending September and 40 million in fiscal 2016.  The watch, which allow users to check email, listen to music and make phone calls when paired with an iPhone, goes on sale officially on April 24. BofA Merrill Lynch expects Apple to ship 4 million smartwatches in the quarter, while Cowen expects 3 million. The watch is Chief Executive Tim Cook’s first new major product launch and the company’s first foray into the personal luxury-goods market.

Despite mixed reviews, which generally praised the watch’s styling but criticized its less-than-spectacular battery life and slow-loading apps, people flocked to Apple stores to get a close-up look. Apple booked pre-orders for about 4 million iPhone 6 and iPhone 6 Plus models when they were released in September. Apple shares were up 0.7 percent at $127.95 in morning trading on the Nasdaq.