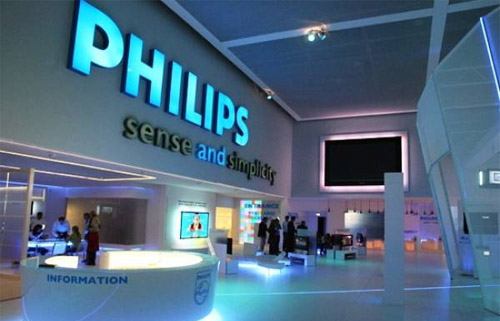 “Giving independence to our lighting solutions business will better enable it to expand its global leadership position and venture into adjacent market opportunities,” Van Houten said. “I do appreciate the magnitude of the decision we are taking, but the time is right to take the next strategic step for Philips.” Both companies will continue to use the Philips name, the company said in a statement, noting that its HealthTech business had sales of 15 billion euros ($19 billion) in 2013 and its lighting business sales of seven billion euros. Details on how its lighting business will be split off into a separate legal structure are to be announced in 2015. [contentblock id=2 img=adsense.png]

“Both companies will be able to make the appropriate investments to boost growth and drive profitability, ultimately generating significantly more value for our customers, employees and shareholders,” Philips said. The companies will be based in the Netherlands, Van Houten said, adding that it was too early to say how many job losses might be involved. Philips, a household name around the world for home appliances, already has in recent years stripped down its business to focus more on advanced lighting technology and on medical technology where margins are strong and less vulnerable to competition from emerging markets.

Last year, Philips announced the sale of its lifestyle entertainment branch, which makes stereos and DVD players, after selling its troubled TV-making arm in 2012.

The group announced in June that it was creating a separate company for some of its lighting activities, notably in the auto and mobile phone sectors, and it said this activity was benefiting from demand for energy efficiency. Founded in 1891, the company employs around 112,000 people worldwide. – AFP

10 Most Difficult Sports in the World

10 Most Difficult Sports in the World