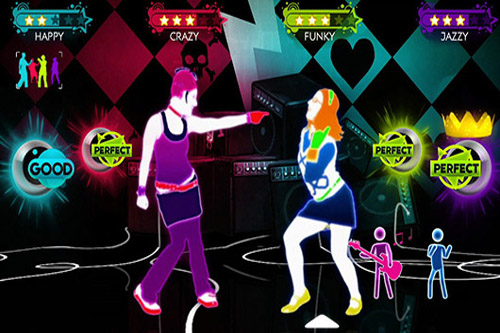 Smartphone lovers will get to show off moves almost anywhere with the Sept. 25 release of a free “Just Dance Now” game tuned for mobile Internet lifestyles.

The game crafted by Ubisoft’s Massive Entertainment studio in Sweden can be played wherever there are smartphones and Internet-connected screens, letting unlimited numbers of players vie for top marks matching choreography set to trendy tunes.

“The goal is to have global reach,” Massive technical director Bjorn Tornqvist told AFP during a demonstration of the game at France-based Ubisoft’s offices in San Francisco. “It is pretty much a case of using technology you already have to play.” Smartphones act as controllers tracking how well players copy moves in game video streamed to Web browsers in computers, tablets, or smart televisions. “Just Dance Now” is even being synched to smartwatches with an aim of letting the wrist-ware track dance moves.

Free “Just Dance Now” applications have been tailored for Apple or Android-powered smartphones. An ad-supported mode lets people play without charge, accessing a limited library of music. Players can buy subscriptions or “time-passes” to an ad-free version of the game that provides a full catalogue of songs.

Ubisoft introduced “Just Dance Now” in June during an E3 video game show briefing where dancers spread about a theater audience jumped to their feet to see who could best match moves set to a Lady Gaga song.

About a month ago, Massive tested the game at a music festival in the city of Malmo in Sweden, enticing concert goers to download the application and play using video streamed to a jumbo screen from a laptop. “I would love to do this at the San Francisco 49ers new stadium,” Tornqvist said, going speechless for a moment at the thought of thousands of people trying ‘Just Dance Now’ at a new high-tech arena where the US football team just kicked off its season.

“Of course, you can play in your house, alone if you want to, or bring in your friends.” Massive has been testing ‘Just Dance Now’ in Sweden and The Netherlands, trying to push limits of the online platform upon which the game relies. Massive also looked carefully at whether players would wind up flinging smartphones, but found they cling to them. “Many hold on to their phone like it is their life,” game producer Oliver Merlov told AFP.

“So far no complaints.”

‘Just Dance Now’ already ranks as the top music game where it is being tested and “a huge crowd in Brazil was playing like crazy” through a craftily burrowed online tunnel, according to Merlov. “We’ve seen the casual games market evolve and a huge explosion on mobile,” Just Dance executive producer Jason Altman told AFP at E3. “We think the opportunity is enormous.” Altman said the game has handled a simulation of 20,000 people taking part simultaneously.

“This is a huge opportunity to bring ‘Just Dance’ out of the living room and into the world at large,” Altman said. Ubisoft’s blockbuster “Just Dance” franchise has sold 50 million copies, and its Facebook page as of Wednesday boasted more than seven million “likes.” A new version of its console game, “Just Dance 2015,” is set for release on Oct. 12. (AFP)

Scotland 'No' Votes Have Sizable Lead