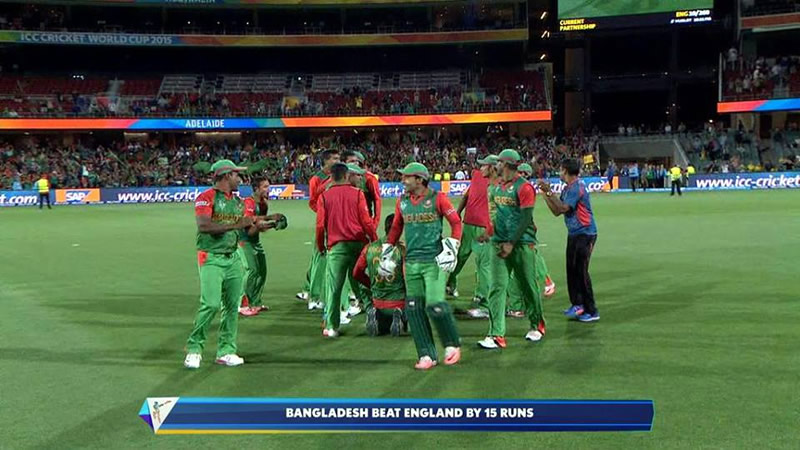 England were knocked out of the World Cup by a spirited Bangladesh who grabbed a quarter-final spot following their narrow 15-run victory in a tight Pool A match in Adelaide on Monday.

Three-times finalists England made a mess of their chase on an Adelaide Oval track that held no demons and folded for 260 in the penultimate over. Bangladesh looked a bundle of nerves towards the end but Rubel Hossain (4-53) claimed two wickets in the 49th over to trigger wild celebrations. Earlier, with England needing to win both their remaining pool matches to keep their quarter-final hopes alive, captain Eoin Morgan won the toss and decided to field, hoping his bowlers would capitalise on the early morning conditions.

James Anderson did just that, finding enough movement to induce two edges in his first seven deliveries, reducing Bangladesh to eight for two. Mahmudullah (103) led his team’s fightback, adding 86 runs with Soumya Sarkar (40) and then 141 with Mushfiqur Rahim (89) to fire Bangladesh, who would reach the quarter-finals if they win the contest, to a competitive total. 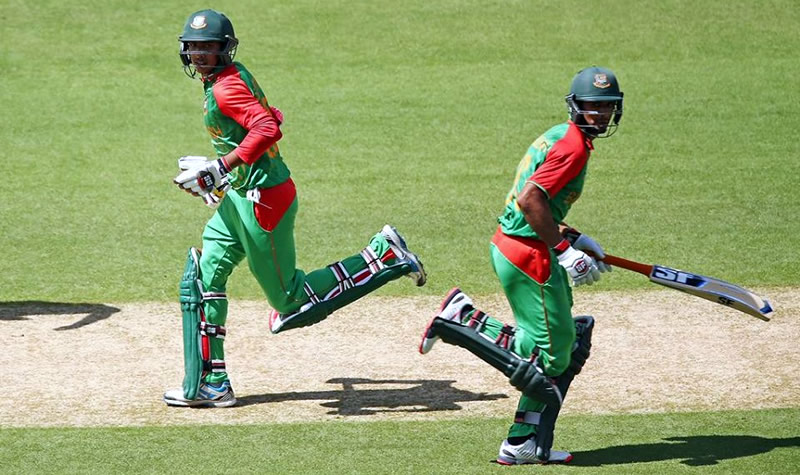 Chris Jordan, replacing Steven Finn in the starting 11, however, struggled for rhythm and conceded 15 runs in his second over. The paceman got some revenge when he dismissed Sarkar in the 21st over to end the third wicket partnership. Moeen Ali then sent back Shakib Al Hasan in the next over to halt Bangladesh’s progress. Mahmudullah, however, found an able ally in Rahim and the duo mixed caution with aggression to keep the scoreboard ticking over.

Mahmudullah looked a bundle of nerves approaching the 100-mark, which he eventually reached in the 44th over, scurrying for a single before embarking on an emotional celebration with Rahim. He would add another three runs before being run out after a 138-ball knock that included seven fours and two sixes. Rahim continued punishing the English bowlers, hitting eight boundaries and a six in his 77-ball knock, his third half-century of the tournament.