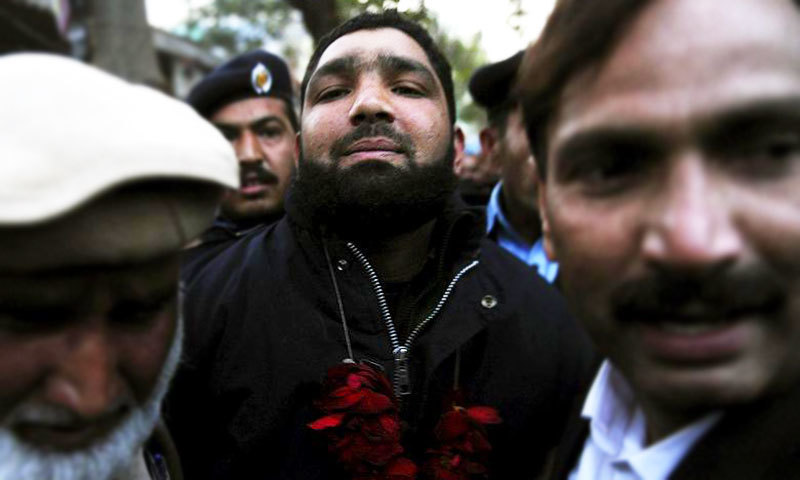 Another chehlum for Mumtaz Qadri

The Islamabad High Court (IHC) on Monday upheld the conviction of Mumtaz Qadri, the killer of former Punjab governor Salman Taseer, under Section 302 of the Pakistan Penal Code (PPC).

The bench had reserved the judgment on Feb 11 after Advocate General Islamabad Mian Abdul Rauf, the prosecutor in the case, and Qadri’s counsels, including former Lahore High Court chief justice Khawaja Mohammad Sharif and retired Justice Mian Nazeer – concluded their arguments. The ruling by IHC was a surprise to many who had expected the killer’s sentence might be reduced amid growing threats to lawyers and judges hearing blasphemy-related cases.In Oct 2011, an anti-terrorist court (ATC) in Rawalpindi had sentenced Qadri to death on two counts under section 302 PPC and 7 Anti-Terrorism Act (ATA) for killing Taseer.

Following the sentencing, Qadri’s counsels had challenged the ATC’s decision through two applications the same month. The first petition had demanded that Qadri’s death sentence should be quashed and the second asked for Section 7 of the ATA to be declared void from the sentencing. In its ruling on the appeal today, the IHC rejected Qadri’s application against his death sentence under the PPC but accepted his application to void ATA’s Section 7. Qadri’s counsels have planned to challenge IHC’s decision to uphold his death penalty in the Supreme Court.