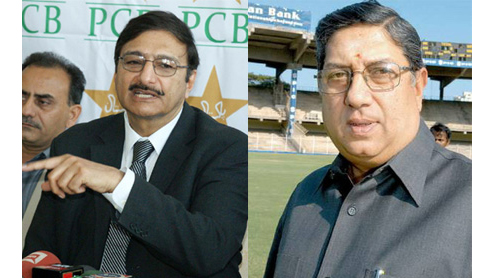 LAHORE: Board of Control of Cricket India (BCCI) president Srinivasan has extended an invitation to Pakistan Cricket Board (PCB) chairman Chaudhry Zaka Ahraf, Pakistan team and its management and few of former Pakistan cricket greats in Chennai, sources said on Wednesday.

A source said that it was a good omen for the promotion of cricket across the Asia that two big teams of Asia were strengthening their relations at every level and trying bringing their people closer to each other. Sources confirmed that Zaka along with other invitees had accepted the BCCI chief’s invitation and they would visit Chennai in this regard. – Dailytimes