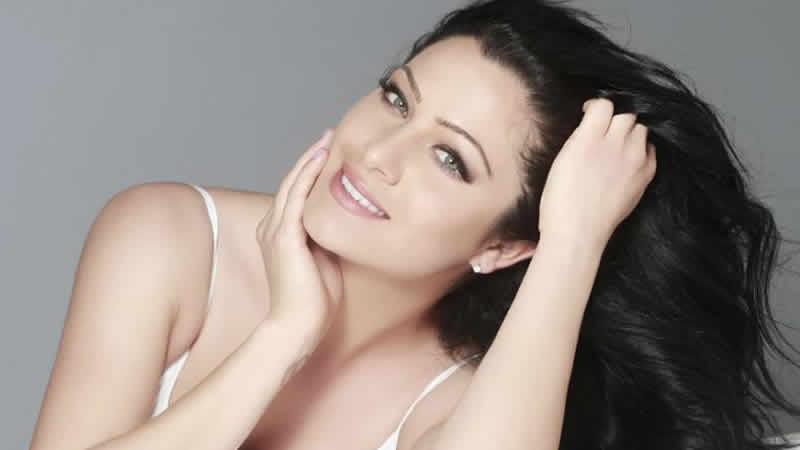 Females love playing with balls after all and in a sporty manner like soccer, they sure do have the ‘kicks’ and the kinks too. There most certainly isn’t anything that can have a man’s attraction radar flashing like a malfunctioning light bulb than to see a whole bunch or entire soccer field filled with females running all about.

Here I cannot be sure about everybody else but personally, it would have turned me into a lion ready to chase after some springboks and no not to kill them for dinner but for the thrill of the chase which is what matters most in the journey of persuasion from male to female.

Soccer women are very particular and absolutely determined, very driven to their ‘goals’ and they sure do score a few other than a ball in a post as well. Here’s a quick preview and so let’s take a spectating look on 10 of the most beautiful female soccer players in the world, which will be analyzed by their physicality and personality combined. It is when we take a closer look at women that we eventually are able to spot where their true beauty lies.

If you’re a fan of Coyotes and other danger cats, you would probably recognize that Alex Morgan of the United States and as one of the most beautiful female soccer players represents something like that of a female cougar, a wild cat, a lioness. Dangerous women are sexy in every which was as the harder a man is, the more attractive he is to women also… These are just the tried and tested laws of attraction from the time human civilization began. Alex is beautiful and at the same time appears sexy dangerous and her face seems like it could stare you down to a hypnotization of a rabbit hole. A face easy to look at but extremely hard to forget. She has a patriotic appearance as a female and this ultimately makes her stand out firm in the list of beautiful female soccer players.

So many names, One girl but is the Second Ranking member of the beautiful female soccer players on this list and it goes out to Mexican Chica, Nayeli Rangel. Mexican women are beautiful and you know the rest about the commonly spread and understood without being stated norm about “Latina’s” . Ohhhhh yeah, now were tawking about hotrods and low lowriders, Mexican heat, chilly bites and burito’s the type to get your blood boiling comes in the beautifully packaged form of women such as Nayeli Rangel. Nayeli is a Mexican diva who is flourished and blessed with all the looky looky touchy touchy goodies of a women. Nayeli, definitely deserves to be second on the most beautiful female soccer players list. Not that the women mentioned above are insignificant or less beautiful…but each has a certain standard of their own. Being in her early twenties right now, she certainly is fresh, vibrant, out there and captivating too.

Many may baffle themselves on the mysterious question of what is it about the phenomena of Blonde women and their beauty which draws men to them like busy bee’s to honey. And ohhhh…Lauren Sesselmann is Sure a beauty blonde honey as well in the field of beautiful female soccer players. She’s from Canada and several people around the globe find Canadian accents rather enticing. And so can you imagine a blonde, blue eyed beauty such as Lauren Sesselmann with a Canadian accent, exhilarating her raw beauty in front of you.

Her blonde hair is actually freckled and has somewhat of a slight curl which ultimately has a twist to it, both literally and figuratively and can have a man’s eyes sizing it down from curve to curve of each curl which of course leads to her breasts which are firm and the immediate eye catcher to a man especially. Her glazy eyes is enough of beauty and has the power to have you glued into staring at it as it stares you down, before you know it ,you’re lost in Lauren’s capturing eyes. Newsflash, Miss Sesselmann is also a physical trainer and sure would I be much at pleasure to be view her at her best, working that body, fine tuning those curves.

Don’t judge a book by its cover” as it’s been said by many for several reasons and one of them being, the content is what really matters rather than the fancy graphics before your eyes. And, in Anouk’s case, here don’t make judgments by the sound of her name. Her name is Netherlandic! And stands for something greater than what it sounds like. A name like Anouk Hoogendijk speaks tradition, valor, honor, staunch beliefs and a solid background and as firm as her breasts too. Not inappropriate to say as it stands since the physical form of females in general is beautiful and so is Anouk at great lengths. She has Dutch defining physical attributes which contributes to her fair skin complexion and pin straight blonde hair. Here in this case she isn’t a ‘dumb blonde’ if you may be thinking as the Dutch and their straightness is something which definitely commands a great deal of respect over all. Anouk represents a pretty young female as even as a rough player on the field, capable of bearing a soft heart behind the bosoms as well.

With regards to beautiful female soccer players Ellyse Perry has something of her very own to offer in this regard and all sense of her highly attractive physical as it is. The best part is that it’s all natural and glorious in its un-altered form. Ellyse Perry is a professional female cricketer and soccer player and has been kicking it big leagues since the tender age of 16. Being a Dual international sports women, you can expect double the fire, passion, and everything else amazing that she could exhibit of her beauty and personality. Born, November 3rd, what does this represent to you from an astrological point of view? SCORPION! Psychology suggests that Scorpion women as their birth sign are strong willed, powerfully minded, and downright fascinatingly beautiful too. So beautiful that a man would be dazed for minutes looking at them and actually excited by their glaringly appearing beauty. Mentioning that she’s a scorpion born women, need I say any more about her beauty?

No matter where you are in the world, and whatever you do or whichever nationality you fancy as far as women are concerned, You just gotta love Canadian women. And did you have a closer look at Jonelle? Who appears happy go lucky and always filled with enthusiasm which creates a wonderful vibe to whomever who meets her. Not that I’ve personally met her but would I be wrong for imagining so? There’s always an underlining bit of something and this could be anything which creates a unique set of something about what makes them individually beautiful.

Jonelle Filingo has much about her physical persona which makes her stand out amongst the most beautiful female soccer players. Curly black hair and deep dark hazel brown eyes are distinct. She will greet you with a wide smile, shiny lips and fine-tuned eyebrows as well as groomed eye lashes and all this is enough to drive the male species crazy. Wow! And what a perfect skin textured face she has which glows with radiance.

Germany representing Julia Simic as a professional footballer in the feminine league. She is young at heart and will probably be a ‘player’ for as long as she has to or feels fit to do so and boy oh boy, do I fear the amount of balls she’d be busting while at it. Her youthful facial features ensures that she comes across as young, vibrant and somewhat ‘teen-agy’ which is more attractive to both old and young men. Having a teenager’s face in a mature women’s body speaks the language of beauty that’s divine and pure and rather preserved. She bares the happiest smile of a naughty child that you wouldn’t wish to harm or be abrupt with as it’s an instant mood changer from negative to extremely positive. Julia’s school girl persona, would be sure to attract more of the younger boys as Julia’s smile is absolutely bright and inviting. Julia, as one of the most beautiful female soccer players, can be considered as a lucky women who will never have aging issues no matter how old she gets, she will always give off a very pretty young girl appearance. That type of beauty given to a women especially is a gift of life.

It’s no surprise that majority of women fancy and fanta-‘size’-ably all into “black men” as they are most probably ‘into’ them as well to some ‘extent’ if you get my drift. Now these aren’t just reference to sexual innuendos but a reality too. Well… Here’s the thing, men are into ebony women too and men will so often be compelled to her ways of life seeing that her motto which trademarks her as a “black beauty” and although contradictory, very white skinned, she sure would fulfill a man’s fantasy desires. “I’m Sydney Leroux, I kick balls for a living” she says. She’s beautiful in her personality as well as her physical. Sydney Leroux as one of the most beautiful female soccer players has a smile which can be passed as ‘perfect’ and how does she pull it off? Her perfectly straight, white and aligned teeth is amazing with a glow to her cheeks too as her face lights up and subsequently creating a warm atmosphere to those around her as well.

When it comes to beautiful female soccer players, one of the first names that would come to mind is Hope Solo. As a veteran goalkeeper for the United States team, you can bet that she’d stop every ball that tries to pass her. Who could blame ones thoughts for thinking this in the first place? She possesses the appearance of a strong independent women which quite frankly means that a weak man in her presence may feel intimidated and women domination on men can be a sexy thing over all.

Solo” as her last name suggests screams out her independence as a professional soccer women. Her eyes speak soul languages which simply means that she will read your intentions through her ability to analyze people with her heart rather than first impressions and a women that sees things with her heart, is considered absolutely beautiful in every sense of that word too.

Yes, another beautiful Mexy – Merry (Mexican American) would top another one in her Latinatious sex appeal and exotica. Number 10 Ranking women in the list of beautiful female soccer players earns Natalie Vinti. Mexicano Dream, she is and represents all of the exotic that makes a women ‘out of this world’ if it’s not too exaggerated to say. She sure does stand confident in her appearance and is settled about her profession and ‘field’ of expertise. Natalie is a Tall women too and has the face of an angel with a perfect smile of somebody you’d never want to stop looking at. Oh, that pin straight long black hair is set to arouse a man sexually just by looking at it, let alone having the honor to run his hands through it. She has the perfectly rounded figures and unbelievable structure which sincerely makes her the most beautiful in her very OWN catagory as far as female soccer players are concerned.