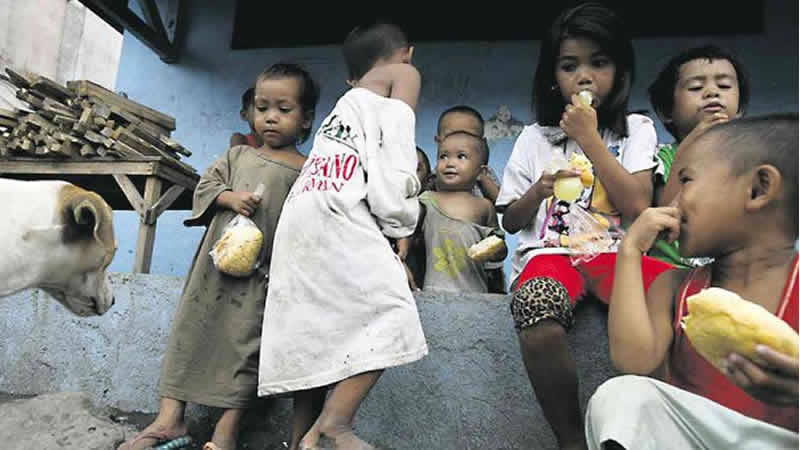 The world must focus more on helping the poorest children to build on progress achieved in health and education over the past 25 years, UNICEF said Tuesday.

In its annual “State of the World’s Children” report, the UN children’s agency took stock of important gains such as a 53 percent drop in infant mortality since 1990 and a dramatic reduction in extreme poverty.

But without a sharper focus on the most vulnerable, it warned, 69 million children under five will die from preventable causes and 167 million will suffer poverty over the next 15 years. Without a shift, some 750 million women and girls will have been married as children by 2030, the deadline set by the United Nations to achieve its new global goals for sustainable development.

Progress so far “has mainly been made by focusing a lot on children that are more easy to reach, or on interventions on health and nutrition with a high impact,” said Justin Forsyth, UNICEF’s deputy executive director. What we are finding now is that if we do not focus on the most disadvantaged we won’t accelerate this progress,” he added. We have made tremendous progress,” said Ted Chaiban, director of programs at UNICEF. “But that progress has not been fair.”

The world’s poorest children are twice as likely to die before they turn five and to be chronically malnourished than the richest, according to UNICEF. Across much of South Asia and sub-Saharan Africa, children born to mothers with no education are almost three times more likely to die before they are 5 than those born to mothers with a secondary education. Girls from the poorest households are twice as likely to marry as children than those from the wealthiest households.

The number of children out of school, on the rise since 2011, presents another worrying trend. With around 124 million children today who do not attend primary or middle school, education is key to reaching the most vulnerable, Chaiban argued. Where there has been a strong investment in basic education around the world, there has been a tremendous return on investment,” he said. Each year of education completed increases adult earnings by 10 percent. With no action to address inequality, societies worldwide will feel “a dramatic impact and it will fuel instability,” Forsyth said.