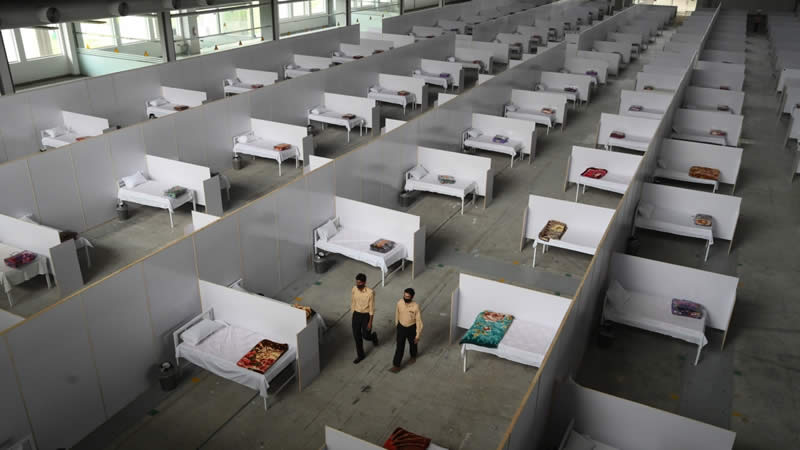 The government has started closing quarantine centres across Punjab, including six in Lahore, following a change in the policy under which the suspected Covid-19 patients were earlier required to quarantine at these centres.

Under the new policy, those arriving at Lahore and other airports from abroad are just being screened through thermal scanners rather than tested on the spot, Dawn has learnt.

“It is really dangerous, as the government is totally ignoring the consequences of the action it is taking to handle the Covid-19 pandemic,” an official source deplored, adding the government must stop implementing the new policy that, if enforced, could be disastrous.

Under the new policy, the suspected and even confirmed Covid-19 patients are being allowed to isolate themseleves at their homes. However, if the number of such patients increases, the government may revive these quarantine centres.

The quarantine centres that have been closed in Lahore alone include the ones at Kala Shah Kaku, Punjab University, Lahore University, Thokar Niaz Baig, Raiwind Tableeghi Markaz and Qaddafi Stadium (Nishtar Park). However, the Johar Town Expo Centre having status of field hospital will continue treating the confirmed Covid-19 patients.

“Yes, we have closed the quarantine centres. And it has been done after reviewing the quarantine policy,” Lahore Deputy Commissioner Mr Danish Afzaal told Dawn.

“At present, we didn’t have any suspected Covid-19 patients in these [now closed] quarantine centres,” he added, saying the centres were no more required since the home isolation policy was now being followed.

Mr Afzaal, however, clarified that the closed centres could be revived if needed. He further clarified that the Expo Centre facility was a field hospital and not a quarantine centre. “It is open and functional, having Covid-19 patients,” he maintained.

These quarantine centres had been set up to house the suspected virus patients in the city and the people returning from abroad. But now, as per new policy, all such persons, and even those testing positive are being allowed to go to their homes after general screening with instructions to isolate themselves at their homes.

“Initially, the core objective of the quarantine centres was to isolate all suspected Covid-19 patients at different places so that they couldn’t infect others. So we quarantined around 1,800 people at various centres,” the DC explained.

Under the first policy, the suspected patients were not allowed to go home till negative lab results, while those returning from abroad were also being quarantined for 48 hours. Those testing positive were required to be hospitalised.

Mr Afzaal said, later, a new policy was introduced under which the 48-hour stay was squeezed to 24 hours and those returning from abroad were allowed to go homes once they tested negative. Later, he said, the policy was further modified. “Under this [changed policy], the passengers after immediate testing were allowed to go homes with instructions to isolate themselves till the test result. And if they tested positive, they were told to continue with self-isolation at home. In such cases, the government would also intimate the respective district administration about the data of these persons,” he said.

Under the latest policy, the DC said, all those returning from abroad were allowed to go home even without sampling. “Now no sampling of the passengers is being carried out at airports. However, they are being screened and requested to keep monitoring themselves and seek medication in case of any symptoms,” he said. Others should also follow the same course, he added.

When asked about the justification for the policy shift amid exponential increase in virus cases and related deaths, Mr Afzaal said: “I think at this stage it doesn’t matter if someone returns home from abroad without being tested, as our local population is already facing a fast spread of the virus.”

The DC said at present in Lahore alone, we have some 20,000 confirmed Covid-19 patients, so what difference anyone returning from abroad with virus could make when a large chunk of local population was already infected. “So we have to follow and implement the government policy in this regard,” he concluded.