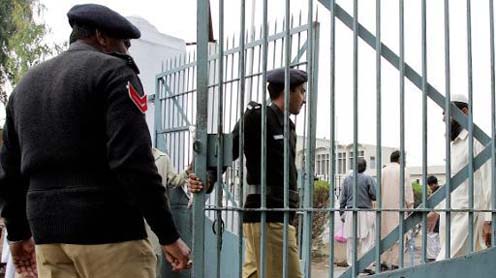 ISLAMABAD: A court in Pakistan has sentenced a British man to death for blasphemy for claiming to be a prophet of Islam, a prosecutor and police said Friday.
Mohammad Asghar, a British national of Pakistani origin, was arrested in 2010 in Rawalpindi for writing letters claiming to be a prophet, police said. The special court inside Rawalpindi’s Adiala Jail, where Asghar is being held, rejected defence claims that the 65-year-old has mental health problems. “Asghar claimed to be a prophet even inside the court. He confessed it in front of the judge,” Javed Gul, a government prosecutor, told AFP.

“Asghar used to write it even on his visiting card.” The court also ordered Asghar to pay a fine of one million rupees ($10,000), Gul said. Asghar has a long history of mental health problems, including hospital treatment in Scotland in 2003, according to a source close to the case. The source, who did not want to be named because of the sensitivity of blasphemy allegations in Pakistan, said Asghar had attempted suicide while being held in Adiala prison.

The court refused to accept Asghar’s British medical records, the source said. A medical board examined Asghar after defence lawyers said he was suffering from some mental disorder, but the prosecutor Gul said they “declared him as a normal person”. A police official in the Sadiqabad neighbourhood of Rawalpindi, where Asghar was arrested, confirmed the death sentence. On Friday Britain’s Senior Foreign Office Minister Sayeeda Warsi condemned the move.
“It is the longstanding policy of her majesty’s government to oppose the death penalty in all circumstances… we will be raising our concerns in the strongest possible terms with the Pakistani government,” she said in a statement issued by the British Foreign and Commonwealth Office, which has been providing consular support to Asghar.

Amnesty International said on Friday Pakistan must immediately and unconditionally release Asghar. “Mohammad Asghar is now facing the gallows simply for writing a series of letters. He does not deserve punishment. No one should be charged on the basis of this sort of conduct,” said Polly Truscott, Amnesty International’s Deputy Asia Pacific Director. “The blasphemy laws undermine the rule of law, and people facing charges risk death and other harm in detention. Pakistan must immediately release Mohammed Ashgar and reform its blasphemy laws to ensure that this will not happen again,” said Polly Truscott. Daily times