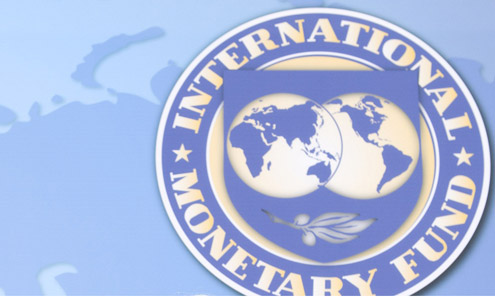 “Owing to recent wave of terrorists attack in different parts of the country, we have made the decision to hold the consultations for the second review of our current programme in Pakistan outside the country,” said IMF Communications Department Deputy Spokesman William Murray on Friday.

In his written reply released through an online question from Pakistan, in which it had been asked from IMF that is the IMF mission considering changing the venue for the upcoming round of talks with Pakistan in the wake of the recent wave of attacks, if yes, what would be the new venue.

According to the transcript of a press briefing by Murray held at Washington, DC, he said, “We remain fully committed to the IMF programme in Pakistan and look forward to holding future meetings inside the country as the security situation permits. In terms of venue, I’m kind of disinclined to get into details here, but we expect a comprehensive meeting with the authorities around February 1.”
The meeting will review Pakistan’s economic manager’s performance on 15 benchmarks that have been agreed with the IMF.

Pakistan’s structural benchmarks under EFF include fiscal sector, monetary sector, financial sector, structural policies, and new structural benchmarks. Fiscal sector: To develop and launch an initiative to enhance revenue administration for sales tax, excise and customs duties similar to that prepared for income tax by end of December 2013. Announce a rationalisation plan for gas prices, which will involve a levy to generate 0.4 percent of gross domestic product fiscal savings by end of December 2013.

Monetary sector: Enact the amendments to the State Bank of Pakistan’s law to give the central bank autonomy in its pursuit of price stability as its primary objective, while strengthening its governance and internal control framework in line with the IMF staff’s advice by end of March 2014.

Enact the Deposit Protection Fund Act, in line with IMF’s staff advice by end of September 2014. Enact the Securities Bill, in line with the IMF staff’s advice by end of December 2014.  Structural policies: Develop and approve public sector enterprises (PSEs) reform strategy for 30 firms among the 65 PSEs approved for privatisation by the Council of Common Interests (CCI) by end of September 2013. This benchmark has already been met by the government.

Hire a professional audit firm to conduct a technical and financial audit of the system to identify the stock and flow of payables at all levels of the energy sector (including Power Sector Holding Company Limited) by end of November 2013.  Make Central Power Purchasing Agency (CPPA) operational by separating it from the National Transmission and Despatch Company (NTDC), hire key staff, issue CPPA rules and guidelines and initiate the payment and settlement system by end of December 2013.

Enact amendments to the Pakistan Penal Code 1860 and the Code of Criminal Procedures 1898 by end of December 2013. Privatise 26 percent of Pakistan International Airlines shares to strategic investors by end of December 2014.
New structural benchmarks: Increase the issuance of first notices (u/s114) to 75,000 and follow up with a second notice (u/s 122c) to 75 percent of those who did not respond satisfactorily to their first notice within 60 days be end of March 2014. Issue a provisional tax assessment to 75 percent of those who did not respond satisfactorily within 60 days to the second notice by end of March 2014. Issue Statutory Regulatory Orders (SROs) to eliminate exemptions and concessions granted through SROs for an amount consistent with the fiscal deficit reduction objective for fiscal year 2014-15 by end of June 2014.

Hire three financial advisers for three PSEs in the capital market transactions list and three financial advisers for the three PSEs in the strategic private sector enterprises list for privatisation in the TMU by end of March 2014 and initiate revenue-based load shedding in six remaining electricity distribution companies by end of January 2014. -Dawn