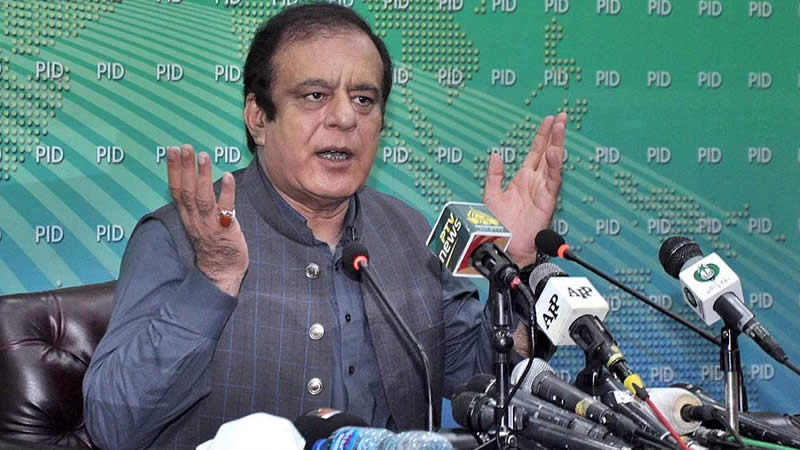 As the scrutiny committee of the Election Commission of Pakistan (ECP) auditing foreign funding of the ruling Pakistan Tehreek-i-Insaf met for a second consecutive day on Thursday, the PTI said it was the only party that was managing its funds with complete transparency.

“PTI is the first party to have made a departure from the established practice of PML-N, PPP and JUI-F of receiving heavy donations from vested interest groups, land grabbers and other rogue elements and returning the favour to them at the cost people of Pakistan after the polls,” Information Minister Shibli Faraz told Dawn.

He said the PTI set a new tradition of fundraising by its party members both within the country and Pakistani expatriates, owing no obligation to anybody for “investing in election campaigns”.

“All this was transparent and all the details of the funds received by the party have been submitted to the ECP,” he added.

Mr Faraz said the Pakistan Muslim League-Nawaz and Pakistan Peoples Party had failed to submit details of their suspicious donations and it was time for them to submit all the documents asked for by the ECP without any delay. “These parties must stop a hue and cry over the PTI’s funding and come clean on donations received by them.”

The ECP’s scrutiny committee at its second meeting in as many days again examined the PTI record of two LLCs (limited liability companies) registered in the United States.

According to sources, the petitioner’s lawyer Syed Ahmad Hassan Shah, assisted by Badar Iqbal Chaudhry, objected to the PTI record and demanded that official record of the two companies registered on the instructions of PTI chairman Imran Khan be scrutinised. He said they were being asked to scrutinise fake documents and were participating in the process in protest.

Hassan Shah told the committee that it should follow the ECP order of Aug 27, 2020 to authenticate each and every evidence before it. He said the committee should not expect “us to rubber-stamp fake and forged PTI documents”.

The committee was asked to either accept or reject official evidence to bring some credibility into the scrutiny.

The committee is expected to meet again on Jan 20 to deliberate on the authenticity issue and communicate its order before proceeding further.

In a related development, PTI’s chief organiser Saifullah Niazi on Thursday called on Chief Election Commissioner Sikandar Sultan Raja when on another floor the ECP’s scrutiny committee was hearing the foreign funding case against the party.

The timing of the meeting raised many eyebrows as it took place a day after the PTI claimed that if any funds were collected illegally through the two US companies registered on Imran Khan’s written instructions, the responsibility lies with their agents managing the two LLCs.

“This is called special handling: Chief Organiser PTI Saifullah Niazi called on Chief Election Commissioner Sikandar Sultan Raja on Thursday, while on another floor of the building the scrutiny committee was hearing THE foreign funding case against the party,” PPP’s parliamentary leader in the Senate Sherry Rehman tweeted.

CEC Sikandar Raja, when contacted by Dawn, confirmed the meeting, but said that “ECP is accessible and available to all the parliamentarians and political parties and they do visit the commission”. He said Mr Niazi came to the commission with a complaint that many votes were registered at third address other than temporary or permanent address and he was told that the commission would look into the matter.

“Commission also received complaints of violation of code of conduct in by-elections from other parties as well and commission addresses it. Commission is totally neutral and is determined to be so always,” he asserted.

The apparent change in PTI’s stance which had in the past been denying any foreign funding evoked a strong reaction from the opposition parties, with many of them raising questions using social media platforms.

PML-N vice president Maryam Nawaz took to Twitter, saying that “bogus certificate holder of being truthful and honest has confessed his crime and now says that the agents appointed by him were responsible for any wrongdoing”.

“(The army knows) that the decision on the shameful saga of malpractice pending for seven years has been taken and is only to be penned down. Coming for accountability on January 19 Insha Allah,” she tweeted.

The opposition also raises questions over the meeting of a close associate of the prime minister with the CEC at a time when a case against the party is pending with the commission.