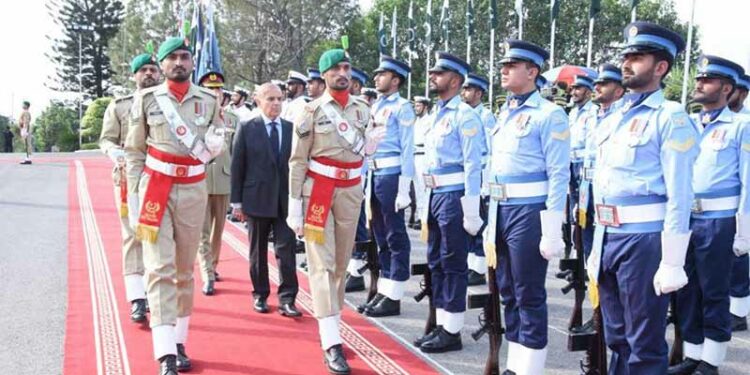 ISLAMABAD: Prime Minister Muhammad Shehbaz Sharif on Tuesday was given guard of honour at the Prime Minister House as he assumed the responsibilities of his office.

PM Shehbaz Sharif reviewed the guard of honour as the contingents of the armed forces presented salute to him.

The prime minister was introduced to the officials and staff of the PM House.

Shehbaz Sharif was sworn-in as the country’s 23rd prime minister a day earlier after he won a no-confidence vote from the National Assembly against his predecessor Imran Khan.