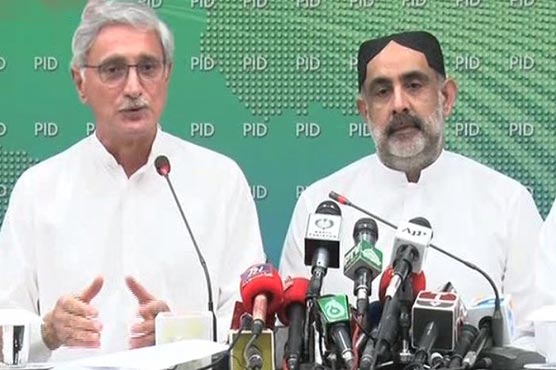 The government of Pakistan Tehreek-e-Insaf (PTI) on Tuesday has presented agricultural emergency program worth Rs309 billion. According to details, PTI leader Jahangir Tareen and Minister for National Food Security and Research Sahibzada Mehboob Sultan addressed a media conference in Islamabad.

During the presser, the leaders said that the program will specifically focus on small farmers, announcing that the federal government will give Rs15 to Rs20 billion to Sindh province. Will promote cage farming under this project, they assured. The country cannot be progressed without a developed agricultural sector. The previous governments had adopted wrong policies which increased agricultural cost and decreased revenue, said Jahangir Tareen.

He also told that federation will reserve Rs84 billion for the agricultural sector in next budget for fiscal year, adding, different groups have been established for the growth of this sector. He further said that Prime Minister (PM) Imran Khan has asked to construct tall buildings instead of reserving the land by spreading them on ground. Meanwhile, Mehboob Sultan said that the agricultural sector has been neglected by the governments from past 10 years as no proper strategies were devised to prevent losses.

Timely completion of development projects will surely bring revolution in this sector, he continued. Mehboob Sultan said that PTI is the only government that actually thinks about the general masses and ready to launch different projects for their relief. Jahangir Tareen has come forward on my request as No one knows about the agricultural sector of Pakistan better than him, he stated.