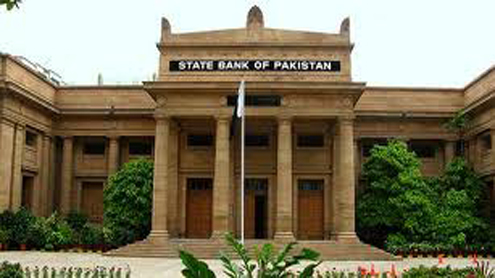 Despite latest banking technologies and the internet or online banking in Pakistan, the banks and the State Bank of Pakistan (SBP) failed to develop intercity cheque clearing system. Pakistani national banks or the private banks take six-eight days to clear an intercity cheque in today’s modern days and banks give the blame on the State Bank, as they are responsible to clear all intercity cheques. In this modern world, where senders can transfer millions of dollar from America to any parts of Pakistan in six to eight hours, but the receiver in Pakistan cannot get clear a cheque of Rs 100 from Lahore in four to five days.

In 2005-06, when the central bank was initiating online banking in Pakistan, it was being claimed that the intercity cheque of any parts of the country would be cleared in one or two days, but this science could not be developed in Pakistan. The big banks like Standard Chartered Bank, National Bank of Pakistan, Faysal Bank, Allied Bank, Askari Bank and many others banks in Pakistan have the worst intercity cheque clearing system throughout the country.

In the metropolitan city like Karachi, where every latest technology is available in all banks, the cheques are being cleared in six to eight days. It was learnt that when a cheque is being dropped in any bank, the banker informs in a very sophisticated tone that it will take five days or more. On inquiring, the banker further says that it will go to SBP from where this cheque would go to the said bank and this procedure will take atleast three days and the same procedure would be on its return.[contentblock id=2 img=adsense.png]

The central bank or any other bank in Pakistan, despite claims, could not develop the procedure to clear the intercity cheque clearing system in last eight years. Most of the cheques are being issued to the businessmen or the salaried class people only and if they have cheque of another city so they have to wait for six to eight days. The SBP had clearly said in the annual report 2005, all commercial banks and all their branches in major cities avail NIFT’s services and BSC plays monitoring role on the clearing operations of the NIFT. The NIFT has created a semi-automated clearinghouse on image based processing of payment instruments.’

In the first phase the instruments related to the commercial banks and other financial institutions have already been standardised and made Machine Readable by using Magnetic Ink Character Recognition (MICR) Code Line that is being used internationally. This was the major achievement towards electronic clearing house and the use of the future technology of Cheque Truncation whereby physical movement of payment instruments will not take place rather cheque clearance will be obtained with the transfer of images authenticated through digital signatures. This can reduce the turnaround time needed for clearing.

The central bank in June 2005 had said that NIFT has been allowed to undertake automated clearing functions at nine cities. These are Karachi, Lahore, Peshawar, Faisalabad, Hyderabad, Rawalpindi, Islamabad, Multan and Quetta together with intercity clearing offices, which cover 2,679 branches of commercial banks. The SBP at that time claimed that image based facilities have been established at Karachi, Lahore, Islamabad, Peshawar, Rawalpindi, Hyderabad, Multan and Faisalabad, for automated cheque clearing.

Accounts Department of the BSC has close coordination with key players of the payment system in respect of clearing and settlement activities in retail payment system such as NIFT, NBP, and field offices of the BSC. However, another problem for the business community is the Saturday or Sunday as at both days, the SBP department did not work because of the weekly holidays.

The businessmen said at least the SBP should open cheque clearance department on Saturday so that they can get their amount on time. Meanwhile, online amount transfer is also an headache for a customer through banks specially in big banks like Standard Chartered Bank, UBL, ABL and others who have a lot of customers base accounts. They have to face long queues and slow internet network of the banks. -Dailytimes