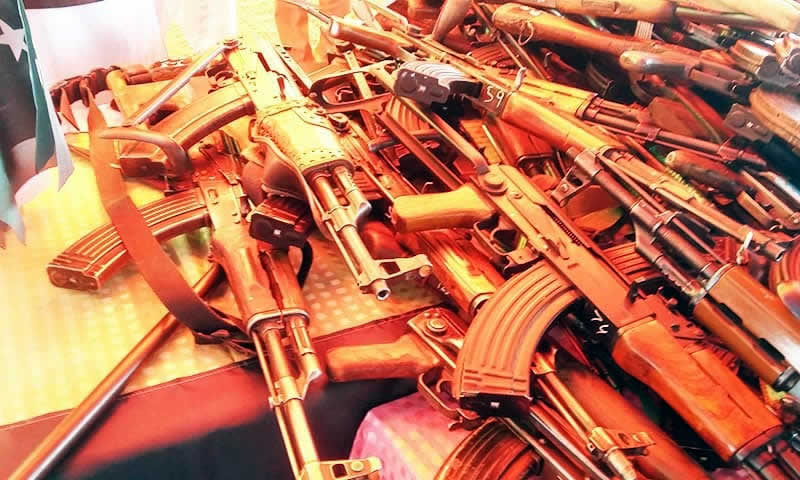 A leader of a banned militant organisation along with six other insurgents surrendered to the civil and military authorities in Sibbi on Thursday.

It was the third such event in Balochistan over the past two weeks. Last week, 26 militants laid down their arms in Nushki and around two dozen insurgents surrendered in Loralai in the first week of September.

Official sources claimed that Jumma Khan Marri, a leader of the banned Baloch Liberation Army (BLA), and six other militants surrendered at a ceremony at the Frontier Corps (FC) headquarters in Sibbi. DIG of Sibbi Iqrar Hussain was present.  Jumma Khan said he would join mainstream and work for the betterment of country and prosperity of people of Balochistan. “Taking oath on Quran, Jumma Khan has announced that he has abandoned militancy and he will now serve the country,” an FC official said. The DIG welcomed the surrender and termed it a positive step.

Jumma Khan told reporters that he had been fighting against the government for the past 28 years and had been involved in attacks on national installations and security forces. “Now we have realised that we were wrong,” he said, adding that his area was still backward in every matter, including education. Sibbi Scouts Commander Col Ahsan Raza Zaidi, Chairman of the Sibbi District Council Malik Qaimuddin Dehpal and Sibbi Municipal Committee Chairman Haji Daud Rind also attended the ceremony.