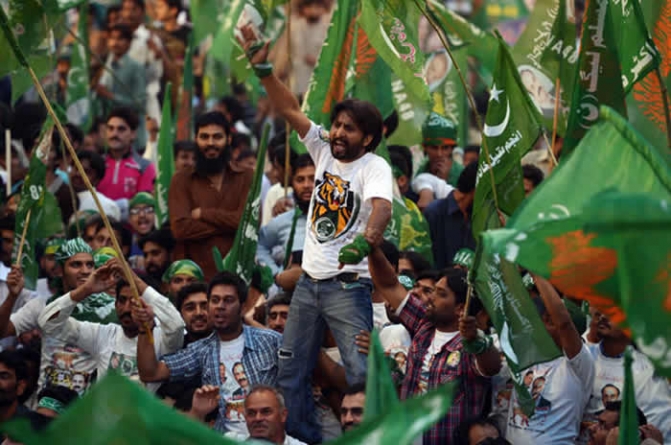 Apparently, the PML-N will face no problem in getting its mayor elected in Islamabad as the party, which had won 20 out of 50 seats, has managed to win support of nine independent chairmen-elect.

“After the inclusion of nine independents, the PML-N now has 29 votes,” said State Minister for Capital Administration and Development Division (CADD) Dr Tariq Fazal Chaudhry at a press conference here on Monday.

“The first mayor of Islamabad will be from the PML-N,” the minister said. The nine independents were also present on the occasion. Those who joined the PML-N are Syed Pir Adil Gilani, Adil Aziz Qazi, Azhar Mahmood, Chaudhry Nadeem, Syed Ibrar Hussain Shah, Chaudhry Naeem Gujar, Haji Gulfraz, Malik Rizwan and Azam Khan. Sources said the ruling party had decided to give deputy mayor’s slot to an independent.

Chaudhry Naeem Gujjar advocate, who defeated PML-N’s Syed Zafar Ali Shah and PTI’s Amir Sheikh, said the minister had assured him that he would be the candidate for deputy mayor. The PTI with 17 seats has also been trying to win support of independent candidates. But after this new development, chances for PTI winning the mayor’s seat has almost vanished. If the PTI managed to win support of the remaining four independents even then the party will have 21 votes.