Tashfeen Malik was like normal students at Bahauddin Zakariya University 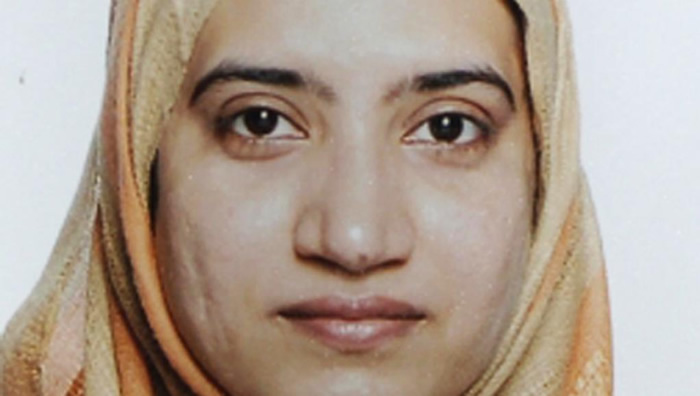 Tashfeen Malik, a Pakistani woman accused along with her husband of shooting dead 14 people in California last week, was a hard-working student who wanted to be a scientist in pharmacognosy — an interdisciplinary science that covers medicinal drugs derived from plants or other natural sources.

Classmates and teachers of the 29-year-old woman say they cannot believe their soft-spoken friend could take such a horrible step.

Tashfeen came to Pakistan from Saudi Arabia and studied B-Pharmacy at Multan’s Bahauddin Zakariya University (BZU) from 2008 to 2012. “She was as lively as a girl of her age could be. She was aware of the affairs of her university mates which I had never noticed,” said one of her classmates. “I can’t believe that such a lively girl could indulge in such activity. In those days she was not an extremist, not even a practising Muslim, other than wearing veil. I never saw her saying prayers or reciting Quran.” Tashfeen’s father Gulzar Malik, a resident of Karorr Lal Essan in Layyah district, had moved to Saudi Arabia 25 years ago. Unlike her classmates who have vivid memories of Tashfeen, her uncle Javed Rabbani has vague memories of his niece.

He says when he saw her the last time she was four-years-old, lovely and beautiful child. Dr Ehsan Elahi, of neighbourhood Sheikhanwala, says Tashfeen’s family was very educated and belonged to Barelvi sect till their departure to Saudi Arabia. Mr Rabbani said his brother (Tashfeen’s father) was a normal Barelvi Muslim, but might have taken interest in Salafi Islam in Saudi Arabia. The classmate said Tashfeen got admission to a Tafseer-i-Quran class in 2011-12 in Al Huda International Welfare Foundation’s Multan branch. Gulzar Malik was a postman in Taunsa, where he married the daughter of his colleague, Abdul Aziz. After a few years of his marriage, he resigned his job and settled in Karorr Lal Essan. Gulzar is a maternal cousin of a former provincial minister, Malik Ahmad Ali Auolakh. His younger brother, Anwar Ahmed, lives in Karorr Lal Essan. According to Ahmed, Gulzar shifted to Riyadh 25 years ago and got a job in a construction company.

Later he terminated his connections with the family due to a dispute over property with Javed Rabani, his brother. The latter has moved to an unknown place after intelligence officials visited his home to interrogate him about Tashfeen Malik. Gulzar has three daughters and two sons. Tashfeen is the eldest. At the BZU, Tashfeen (Roll Number 6) studied from 2008 to 2012 and resided in Maryam Hall of the university even though the family owned a house at MDA Chowk, Baber Colony, Multan.

World Number One Serena Back after Bout with ‘Pain’