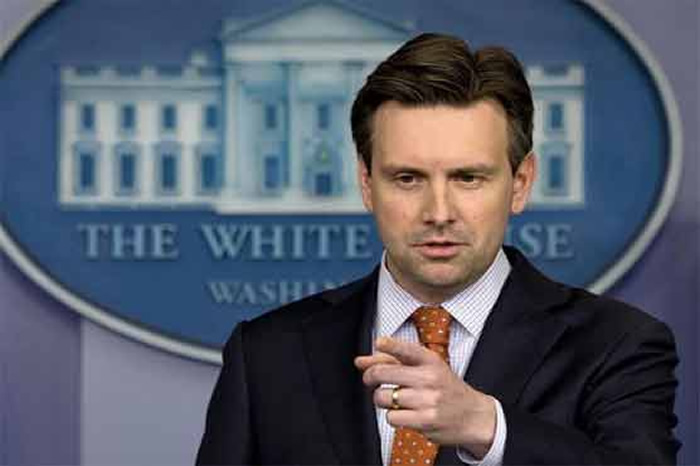 Senior White House officials lined up Monday to condemn Donald Trump’s proposal to ban Muslims from entering the United States, saying it was contrary to US values and interests.

“I think what Mr Trump is doing is something that he’s been doing over the course of his entire campaign, which is to play on people’s fears in order to build support for his campaign.” “I think what he’s doing, he’s dividing America in a really cynical way,” Earnest told MSNBC. A statement from Trump’s campaign team earlier ignited a political firestorm, by suggesting he would stop Muslims from entering the country “until our country’s representatives can figure out what is going on”. The comments come in the wake of a mass shooting that saw a married couple kill 14 people and were denounced by many in his own party. It’s entirely inconsistent with the kinds of values that were central to the founding of this country,” said Earnest.

One of President Barack Obama’s top foreign policy aides, Ben Rhodes, told CNN that the plan was also “contrary to our security”. “The fact of the matter is (the militant Islamic State group) wants to frame this as a war between the United States and Islam,” he added. “And if we look like we apply religious tests to who comes into to this country, we are sending a message that essentially we are embracing that.” Rhodes added that the move plan, if acted upon, would also call into question the United States’ ability to work with Muslim communities to counter radicalisation.