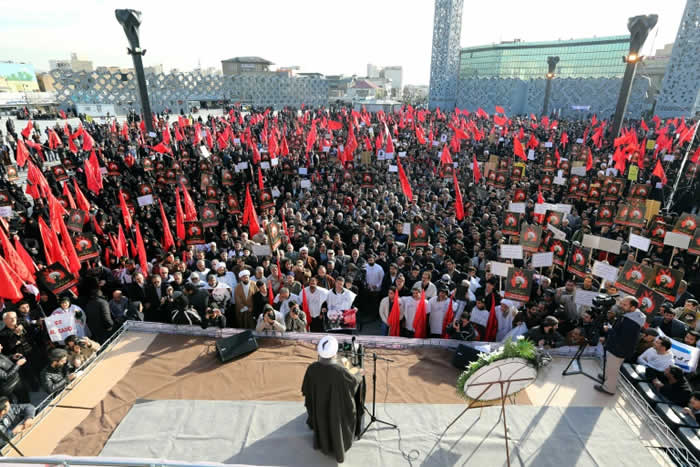 Tensions between Iran and its Arab neighbours reached new heights Monday as Saudi Arabia and its allies cut or downgraded diplomatic ties with Tehran in a row over the execution of a Shia cleric.

The United States and other Western nations urged calm, amid fears the dispute could derail efforts to resolve conflicts across the Middle East, from Syria to Yemen. It has also raised concerns of an increase in sectarian violence, including in Iraq where two mosques were blown up overnight. Saudi Arabia cut the ties with Iran late on Sunday, giving diplomats 48 hours to leave the country, after protesters set fire to its embassy in Tehran and a consulate in second city Mashhad. Bahrain and Sudan followed suit on Monday, as Moscow offered to act as an intermediary between Riyadh and Tehran.

The United Arab Emirates also downgraded its ties, recalling its envoy from Tehran and reducing the number of its diplomats in the country. Sunni Arab nations accused Tehran of repeatedly meddling in their affairs, with Saudi Foreign Minister Adel al-Jubeir saying “Iran s history is full of negative interference and hostility in Arab issues”. Bahrain accused Iran of “increasing flagrant and dangerous meddling” in Gulf and Arab states, while the UAE said Iranian interference had reached “unprecedented levels”. Some 80 Saudis, including diplomats and their families, had already left Iran and arrived in Dubai on Monday, diplomatic sources said. Iranian officials denounced the Saudi move as a tactic that would inflame regional tensions.