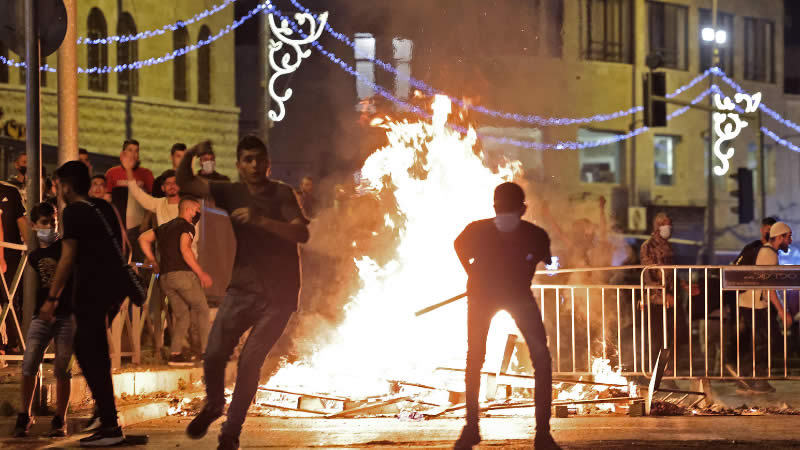 UNITED NATIONS: The Organi­sation of Islamic Cooperation (OIC), at a meeting in New York, has unanimously endorsed Pakistan’s proposal for issuing a joint statement deploring the Israeli actions against Palestinians.

The meeting also approved a proposal from the ambassadors of Turkey and Saudi Arabia for mobilising international support to convene a special session of the General Assembly on the situation. The OIC envoys set up a core group of member states as well to highlight this issue at the UN. Pakistan is a key member of this core group.

In a separate statement on Tuesday, UN Secretary General António Guterres said he was “gravely concerned” at escalating violence in the occupied Palestinian territory, while the UN rights office, OHCHR, appealed for “a redoubling of efforts to restore calm”, after airstrikes and days of clashes between protesters and Israeli police.

The ambassadors of OIC member states held this urgent meeting at the United Nations to show their angst at the Israeli aggression and unequivocally condemned the recent use of “brutal” force by the Israeli forces against Palestinians in East Jerusalem.

In a statement issued after their meeting, the OIC ambassadors said the Israeli attacks on Palestinians in East Jerusalem, Sheikh Jarrah and Gaza were against all humanitarian norms and human rights laws, especially in the holy month of Ramazan.

The envoys urged the world community to immediately stop Israel’s attempts to evict residents of Sheikh Jarrah who have been living in that neighborhood for decades.

Tensions in East Jerusalem have soared earlier this week, after Palesti­nians complained about oppressive Israeli restrictions during Ramazan.

In Geneva, UN rights office spokesperson Rupert Colville cited reports that over 900 Palestinians had been wounded between May 7 and 10 in East Jerusalem, and over 200 in the West Bank, “most by Israeli security forces”.

Mr Colville cited reports saying that 24 Palestinians, including nine children and one woman, had been killed in the Israeli attacks.

The OHCHR official said at least 17 Israeli civilians were reportedly injured as the Palestinian groups had launched “some 250 rockets towards Israel in the past 24 hours”.

Addressing the envoys, Ambassador Munir Akram suggested immediate steps to draw the attention of the international community to the Israeli violations of the historic and legal status quo at the Al Aqsa mosque compound.

The world community should be encouraged to play its role in stopping these crimes against the Palestinian people and Muslim holy sites and to ensure the protection they need under international law, he added.

Ambassador Akram reiterated Pakistan’s unwavering “commitment to a two-state solution” in accordance with the relevant United Nations and OIC resolutions, with the pre-1967 borders and Al-Quds Al-Sharif as the capital of a viable, independent Palestinian state.

The UN chief said he was “deeply saddened to learn of increasingly large numbers of casualties, including children, from Israeli airstrikes in Gaza, and of Israeli fatalities from rockets launched from Gaza”.