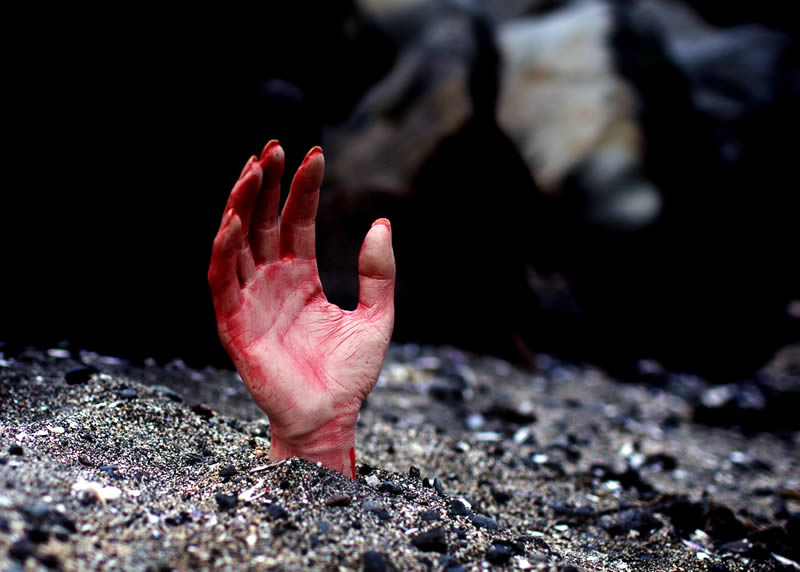 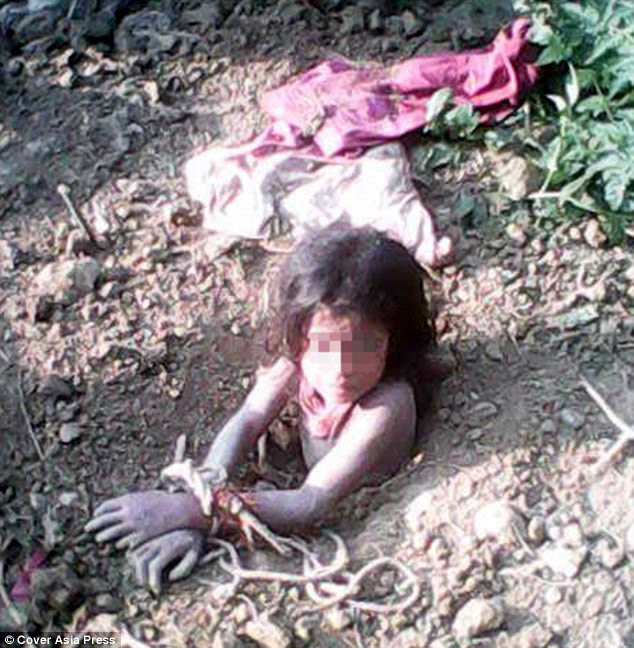 An Indian father has been arrested for attempted murder after trying to bury his ten-year old daughter alive. Locals in Putia village, in Tripura, northeast India, alerted police that Abul Hussein was trying to bury his daughter in the backyard of his home. When police arrived at his home he had had tied his daughter’s hands with rope and taped her mouth before burying her up to her chest. Police said that Hussein disliked girls and tried to kill his ten-year-old daughter Rukshena while his wife was away from their home. He was desperate for a son and hated that he had a daughter.

Senior police official Pradip Dey said: ‘We received a call from a villager telling us that a man was trying to kill his daughter by burying her alive. Our team immediately reached the house and found Rukshena. ‘We rescued her and arrested Abul Hussein for attempted murder. He is now in judicial custody until his trial.’ After burying Ruskshena up to her waist her mother returned home but Hussein temporarily threw a bamboo basket over her head, intending to finish the job later. But his wife grew suspicious and called neighbours for help. 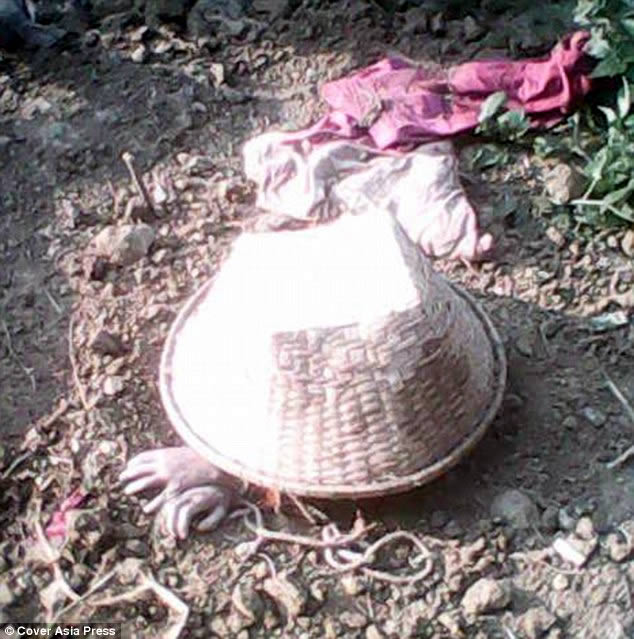 She claimed she was already worried about her husband’s love for their daughter. When neighbours found Ruskshena buried Hussein was beaten before police arrived. Ruskshena was admitted into a local hospital after falling seriously ill on January 16 but was discharged after a few days. She is now back with her mother and is being protected by her mother’s relatives. In many parts of India, parents consider daughters an economic burden while sons are seen as the breadwinners in the family.

They are also seen as the child to continue the family’s legacy and are often preferred to female children. The huge cultural preference often leads to abortions of female fetuses or decimation against girls by denying them access to education. India’s sex ratio of 943 females for 1000 males has been an ongoing concern for Indian governments. And to generate awareness to save female children and empower women, the new government has launched an ambitious Beti Bachao, Beti Padao campaign, translating as ‘Save Girl Child, Educate Girl Child’.

At least 20 Killed in Blast at Shikarpur Imambargah

At least 20 Killed in Blast at Shikarpur Imambargah