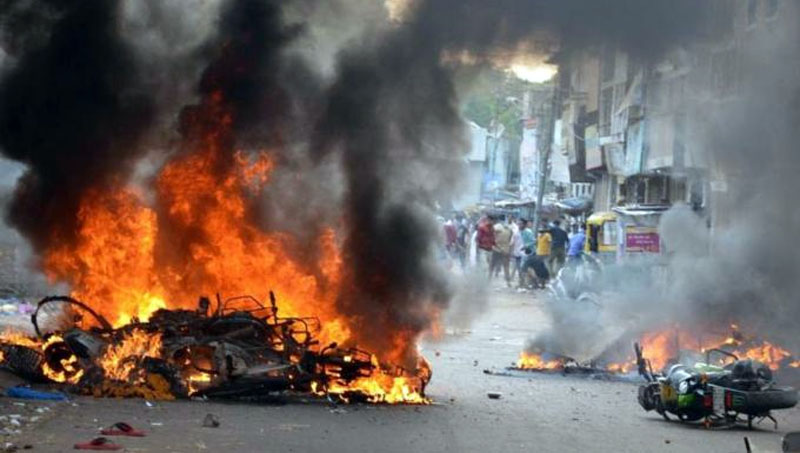 At least three Muslim villagers were burned to death Sunday when their thatched huts were set on fire during a clash between Hindu and Muslim groups in eastern India, a government official said.

Atul Prasad, a Bihar state administrator, said the violence erupted after the body of a young Hindu boy was found in Sarayian village more than a week after he went missing. Prasad said Hindu fishermen blamed Muslims for killing the boy who was friendly with a Muslim girl from the village, 105 kilometres north of Patna, the capital of Bihar state.

The charred bodies of three Muslims were found in the burned huts in the poor community, he said. Police arrested eight Hindu men and Prasad said the situation remains tense but under control in the village. Hindus make up more than 80 per cent and Muslims nearly 13 per cent of India’s 1.2 billion people. They largely live peacefully in various parts of the country, but there is occasional violence. -dawn