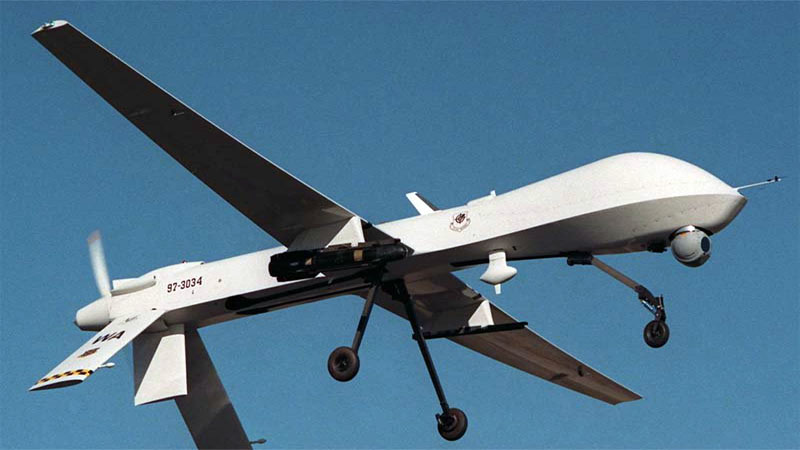 At least six people killed and four others were injured in a drone strike in northwestern Pakistan’s North Waziristan tribal region on Monday.

More casualties are feared in the attack that targeted a compound in the Shahi Khel area of North Waziristan’s Shawwal tehsil.

Intelligence sources say the drone fired two missiles killing six people. The identity of those killed could not be ascertained. The area is off-limits to journalists, making it difficult to independently verify the number and identity of the dead. Shawal valley lies on the border of Pakistan’s North Waziristan and South Waziristan tribal areas. Monday’s drone strike comes days after seven suspected militants were killed in a similar attack in Shawal.

North Waziristan is among Pakistan’s seven tribal districts near the Afghan border which are rife with insurgents and have been strongholds of Taliban and Al Qaeda operatives, among others. Pakistan’s military in June last year had launched an all-out operation named ‘Zarb-i-Azb’ against Taliban militants in the region. Drone attacks are widely unpopular across Pakistan and according to a survey conducted in June 2013, 66 per cent of the country’s citizens oppose these strikes.