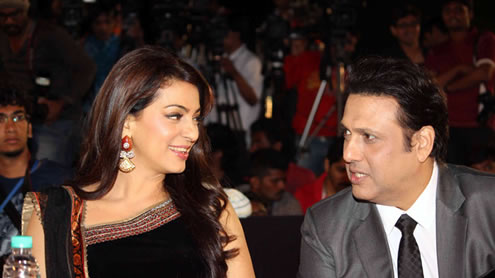 According to our sources they are invited by a pakistani production company and they signs a contract.

Bollywood star Govinda said that I want to come to Pakistan but load of work didn’t allowed. Govinda is an Indian film actor, known for his works in Bollywood. A former politician, Govinda has received twelve Filmfare Awards nominations, and has won a Filmfare Special Award and a Filmfare Award for Best Comedian on the other hand Juhi Chawla who already visit Pakistan is also excite and told media that several people across the border were happy to see her — a mark that Bollywood is indeed popular in Pakistan. “Pakistani people enjoy Indian movies. They’ve watched them all and were so pleasantly surprised and happy to see me there,” she said.