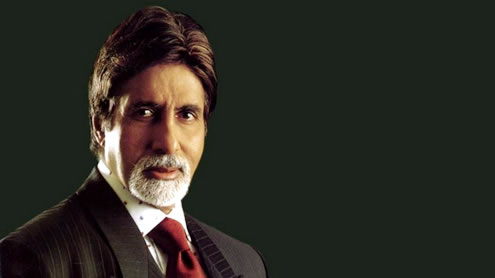 ‘Bhoothnath Returns’ will hit the screens in Pakistan on Friday, the same day it releases in India. The film’s lead actor, megastar Amitabh Bachchan, is glad that the neighbouring nation is warming up to cinema from our country.

“I am very happy. We promoted the film in Pakistan through video call, and it is nice to know that they are welcoming our films in their country,” Amitabh told IANS here. According to a source, Big B has a huge fanbase in Pakistan, and hence the decision to simultaneously release ‘Bhoothnath Returns‘ in the two nations.

The 71-year-old has no memories of his last visit to Pakistan, though he knows his late mother Teji had taken him once when he was two years old.

“My mother was born in Lyallpur, which is now Faisalabad. She studied and spent her life before marriage in Lahore, my grandfather was from Karachi…My mother took me to meet him when once, but I was two years old then and so I have no memories of it,” he shared.

“We have many friends there. People from my mothers’ time communicate with us, and it’s been nice,” added the actor.

Asked if he has ever been approached by any party from Pakistan for a collaboration, he said: “No business collaborations, but they (people) keep saying that you have so many fans there. And so, I keep saying ‘If you invite me, I’ll come‘.”

Produced by T-Series and BR Films, “Bhoothnath Returns” is an entertaining tale of good against evil, weak against powerful, past against future. The film is directed by Nitesh Tiwari.