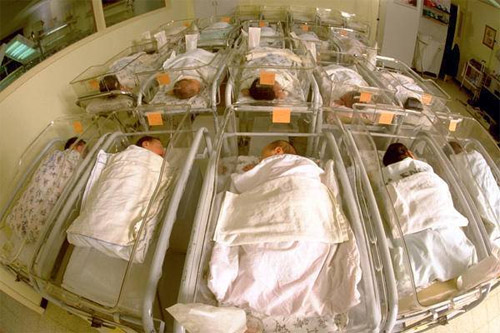 A woman has given birth to quintuplets (five babies) in a private hospital at North Nazimabad area of the city on Wednesday. According to hospital sources, the woman, resident of Quetta, gave birth to four daughters and a son.

The sources also said that one of the babies died while the rest are admitted in the Intensive Care Unit (ICU) of the hospital. It was the first delivery of the woman after sixteen years. SAMAA