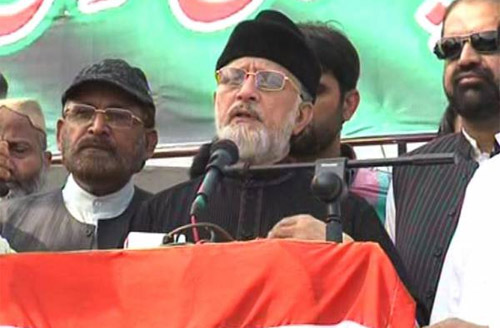 peaking to his party workers here, he again demanded immediate arrest of Prime Minister Nawaz Sharif, Punjab Chief Minister Shahbaz Sharif and others nominated in the FIR of murder of the workers. “The PM who has murder charges must resign”, he said.

Qadri said that he has no hope of justice from police as it is playing in the hands of the government. Expressing anger over the rotten system of the country, the PAT leader said the system would also be hanged along with the PM and CM. -SAMAA