What Happened to Pakistani Actresses after Wedding

by Top
in Entertainment, Featured
0 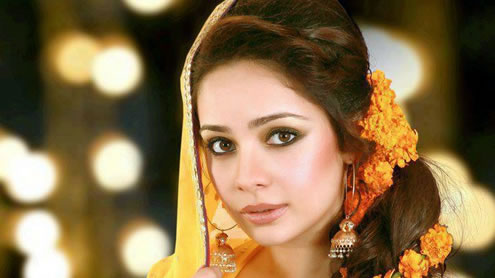 Love is blind but marriage is an eye opener, they say. Some people take this too seriously. Lollywood boasts of a host of pretty actresses whose beauty and talent take the industry by storm. But what happens once they get hitched? What happens when they make their wedding vows? All of a sudden actresses who didn’t mind shedding in front of the camera become so conscious about minute details of their dressing. The change is probably because of marriage. We don’t blame them. But it is hard to see someone on screen for so long in a particular manner suddenly change to being conservative.

Here are some of the top actresses of who’s Shaadi has cause some serious side effects! We wonder what happened to our actresses after wedding?

No kissing, no exposing, no doing anything beyond mere romancing says the actresses who once ruled lollywood and the queen of Pakistani Films! After her wedding Reema Khan has appeared in minimal films& Tv and has only been playing a dotting wife to her hubby and family in USA.

She has been completely missing in action. Naveen Waqar married Azfar Rehman and then disappeared. The lady who once has create so much buzz with her Humsafar & Annie ki Ayegi Barat dramas at hand seems to have taken a big fat break.

Post marriage we have barely seen Sahiba on screen. It is sad that this epitome of beauty hasn’t had much of a chance to work in films post wedding. She has 2 sons, all we get to see is beauty babysitting her toddlers. We really do miss her on big screen.

Sanam Baloch ruled our Tv screen at one point of time. Say during the 2000s, she was a rage. Last year she got married and busy in Morning shows for a long time. She made her comeback in a drama kankar last year and gone too old now we guess.

She is the bomb. Married or not she barely shows any difference. The actress got married last year and seems to be pretty happy. All that has changed about her is that she has become more calm and matured.

Lollywood’s bubbly babe is nowhere to be seen. Wonder what has happened. While her husband is busy making news and grabbing offers, the pretty lady seems to have turned into a proper house wife. We barely get to see her beautiful face in public.