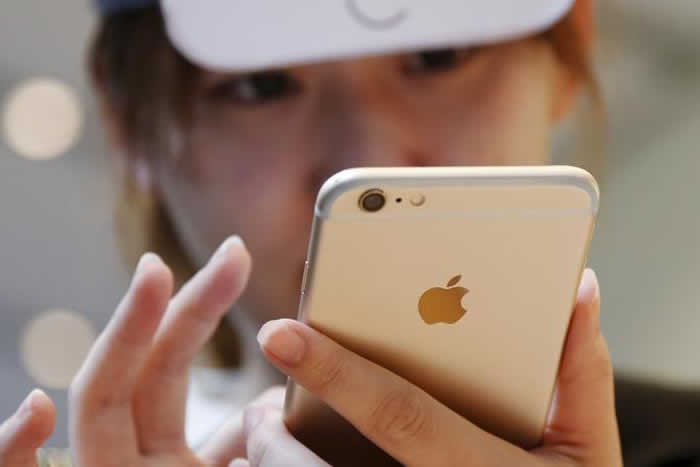 Apple raised the specter of the end of a technological era after reporting Tuesday the slowest growth sales ever of its market-leading, life-changing iPhone and warning it expects worse to come.

The California technology colossus said it expects to see its first decline in iPhone sales in the current quarter, when it will be compared to three months of blockbuster sales in the same period last year. “We do think that iPhone units will decline in the quarter,” Apple chief executive Tim Cook said during an earnings call with analysts.

But Apple, which Tuesday posted record quarterly profit despite the iPhone faltering for the first time since it was launched, remains optimistic about the overall smartphone market. Apple plans to continue investing in smartphones despite economic woes dragging on many countries, and a strong US dollar eating into its revenue, according to Cook. “There are still a lot of people in the world who will buy smartphones and we ought to be able to win over our fair share of those,” Cook said.  Net income for the quarter ending December 26 was two percent higher than the same period a year earlier at $18.4 billion, while revenue of $75.9 billion set another record for the company, also edging up two percent.

The results were largely in line with expectations that sales of iPhones — the driver of two-thirds of Apple revenue — had peaked and that the company would need to find new sources of growth. Apple shares have slid 20 percent since last year on these concerns. In after-market trade Tuesday, the stock was down more than two percent at $97.35. “Our team delivered Apple’s biggest quarter ever, thanks to the world’s most innovative products and all-time record sales of iPhone, Apple Watch and Apple TV,” Cook said in an earnings release. “The growth of our services business accelerated during the quarter to produce record results.”

Apple reported that, over all, a billion iPhones, iPads, Macintosh computers, iPod touch devices, Apple TV units, and Apple Watch wearable computers had “engaged” with its services in the past three months. In the fiscal quarter Apple sold 74.8 million iPhones — a record, but only fractionally higher than the 74.5 million in the same period last year and the slowest growth since the lifestyle-altering handsets were introduced in 2007. Revenue in “Greater China” was up 14 percent for Apple but weaker in the US and Japan. “We remain very bullish on China, and, you know, don’t subscribe to the doom and gloom kind of predictions frankly,” Cook said. “India is also incredibly exciting.”

Apple reported that revenue in China grew to a record $18.4 billion. Total iPhone sales grew 76 percent in India, according to the company. A big question for Apple is whether it can continue to drive sales growth in a sluggish global economy, amid increasing competition from rival smartphone makers. “This is not Steve Jobs’s Apple, which had hit after hit,” said independent technology industry analyst Rob Enderle. “They are going to have to figure out something else, and you hope it something other than a car because that is going to take a while.” Apple has declined to comment on reports that it has a secret automotive team working on an electric car.