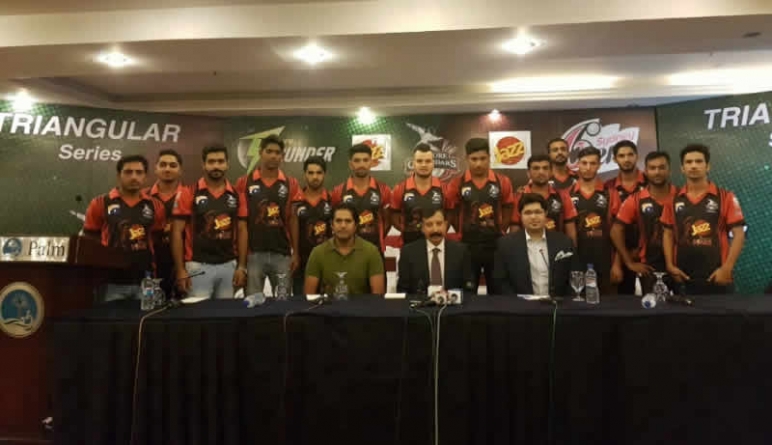 Lahore Qalandars, Pakistan Premier League’s most avidly followed cricket club, has announced The Jazz Rising Stars selected team which will be travelling to Australia, to play a tri-angular series with Sydney Thunder and Sydney Sixers.

This move has been made to further the development of grass roots cricket in the country by providing youth a platform to further hone and showcase their skills. Lahore Qalandars and Jazz wish to transform the local cricketing landscape in the coming months through this development program. The 15 chosen players include: Tabriaz, Saadullah, Rafeh, Ameer, Najid, Sikandar, Saif, Ghulaam, Usman, Yasir, Ehtisham, Ahmed, M. Irfan, M. Umar, and Mudassar. As a team, our primary aim obviously is to win for the fans, but we also have this secondary focus on positively impacting the local cricketing environment. The Jazz Rising Stars initiative has been envisioned to do just that. After launching the first ever career oriented talent hunt, we are looking to develop the next generation of cricketers, who will not only bolster the ranks of Lahore Qalandars, but hopefully, also go on to represent the national team,” said Fawad Rana, Chairman – Lahore Qalandars.

Shahbaz Maqsood Khan, Director Marketing Mobilink said: “We had a dream when we were launching Jazz Rising Stars. The dream was to actually reach out to the deserving ones and give them a chance to shine. Today, I’m proud that we’ve done just that. We travelled across Punjab in the hunt for our future heroes: The Rising Stars and in the process we’ve found some real gems. I congratulate all those who would be traveling to Australia for this unique experience. I’m confident that this country’s cricketing future is very bright”. Atif Rana, CEO Lahore Qalandars, explained: “The aspiring cricketers will not have to seek nationalities of developed cricketing nations for opportunities. All they have to do is to come to Qalandars and we will give them chances at competitive level”. Director of Cricket Operations – Lahore Qalandars, Aqib Javed added: “I am excited to see whether the talent we find is capable of adapting the challenge being put before them. It will not be easy and the applicants will have to push themselves harder than they have ever done before. Some will rise and some will fall, but I hope the two that emerge justify our trust in them.”