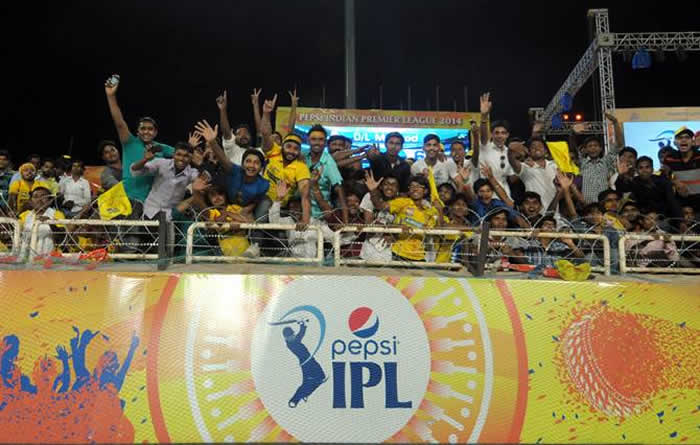 Chinese mobile company Vivo is set to take over as sponsor of the eight-team franchised competition, the powerful Board of Control for Cricket in India (BCCI) said after a meeting.

“The IPL title sponsorship right has been assigned to M/S Vivo mobiles. Vivo is to give the bank guarantee in next ten days,” a BCCI statement said, without giving details. The board confirmed last week that it was in discussions with Pepsi to find a solution to some “concerns” raised by the global drinks maker, without detailing the problems. Pepsi secured the sponsorship rights for five years from 2013 for nearly four billion rupees ($62 million). The company has not given reasons for withdrawing from the deal. But the IPL has been hit by scandals, including allegations of corruption and match-fixing, that critics say has sullied the sport’s reputation in India.

A Supreme Court-appointed panel in July suspended two teams from the IPL for two years over illegal betting, throwing the competition into turmoil. The BCCI, which oversees the hugely popular tournament, also announced on Sunday that it was seeking bids for two new teams to replace those suspended for two years. ICC chief Narayanaswami Srinivasan agreed to step down as BCCI chief after being found guilty of a conflict of interest. He was at the helm of Indian Cements which owns the Chennai Super Kings, one of the teams suspended.

Maryam Nawaz to accompany PM Nawaz Sharif during US visit

Maryam Nawaz to accompany PM Nawaz Sharif during US visit