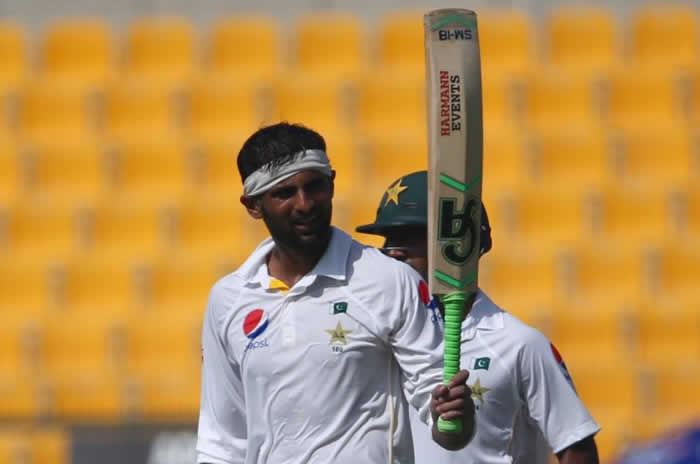 Seem double ton in comeback Test has not suited Shoaib Malik as he has fallen ill after playing a hard earned innings of 245 runs against England in first of the three Test-match series at Sheikh Zayd Stadium, Abu Dhabi.

According to PCB sources, Malik became prey dehydration due to spending very long time in the scorching sun. He was too weak at the end of the day to attend press conference. Sources also said he was dripped a glucose bottle after match.

It is worth mentioning here that Malik has broken so many record in his 15 hours long innings of 245, he also made so many records. This is his highest score in test career.