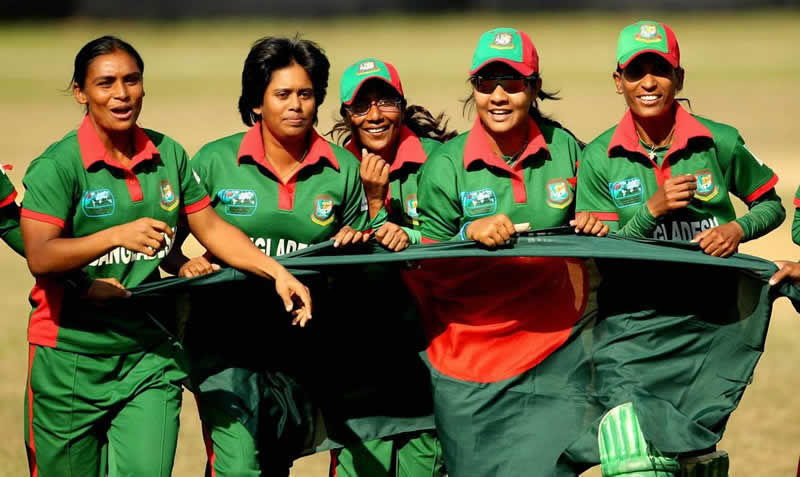 A 15-member squad of Bangladesh women cricket team flew into the city on Monday for Twenty20 and One-day series against Pakistan. Bangladesh is the first women’s national team to arrive in Pakistan since 2006.

Besides the 15-member team, seven officials also part of the team. MA Awal Chowdhury, Director Bangladesh women’s wing of Bangladesh Cricket Board is heading the delegation. Team at the Airport was received by General Manager National Stadium, Arshad Khan, Shamsa Hashmi, head of PCB Women Wing and Col. Azam, Director Security, Pakistan Cricket Board and other staff of Pakistan Cricket Board (PCB). During their stay in Pakistan, tourists will play two Twenty20 Internationals and as many One-day Internationals. All matches of the series will be played at the Southend Club Ground in Karachi.

Originally two ODIs were to be played in Lahore. But shifted to Karachi. The opening press conference and unveiling of T20 Trophy willbe held at the Southend Club on Tuesday at 11.25 a.m. The series will explode into action with the opening T20 on Wednesday. Sana Mir’s Pakistan had defeated Bangladesh in the final of Incheon Asian Games last year to grab the gold after a nail-biting finish. Bangladesh team arrived here after their security delegation visited Pakistan and cleared the tour.