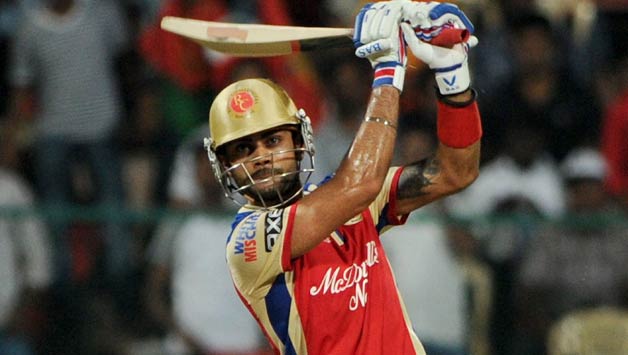 Royal Challengers Bangalore (RCB) coasted to a seven-wicket victory over Mumbai Indians (MI) in the Indian Premier League (IPL) 2014 on April 19. RCB were chasing a lowly 116-run target and got over the line in only 17.3 overs.

Parthiv Patel top-scored with an unbeaten 57. AB de Villiers scored an entertaining 45 not out. This is RCB’s second win in two matches. Defending champions Mumbai have now lost two in two. The run-chase did not begin all that well as the Bangalore batsmen were rocked by the Mumbai seamers. Lasith Malinga and Zaheer Khan took three quick wickets amongst them as Royal Challengers Bangalore were at 17 for three after four overs. But an unbroken 99-run stand between Parthiv and de Villiers saw them cruise to an easy win. Zaheer began proceedings for Mumbai.

Left-handed batsman Nic Maddinson got the first runs for Bangalore with a four over point as Zaheer had bowled one short and wide. Mumbai’s low score changed their bowling strategy as Harbhajan Singh and Lasith Malinga bowled the second and third overs. Malinga bowled a yorker and Maddinson got a thick edged onto his bat and the ball went for a four towards third-man. But Malinga had his man next ball as he bowled another yorker and breached Maddinson’s defense to bowl him for 12 runs. 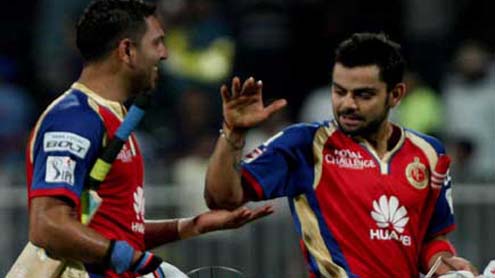 Zaheer was brought back in the fourth over. He angled one away from new batsman Virat Kohli and he edged it to Harbhajan at first slip. Kohli was out for a duck. Yuvraj Singh was next and he tried to guide a short delivery from Zaheer first up. He only edged it but wicketkeeper Aditya Tare dropped a relatively simple chance above his head. But Zaheer dismissed Yuvraj on the very next delivery as he struck the pads. Yuvraj Singh too was out for a duck. Zaheer bowled a poor delivery down the leg side and Parthiv guided it away towards fine-leg for a four. Pragyan Ojha was brought into the attack in the ninth over.

Parthiv opened the face of the bat on Ojha’s first delivery and guided it towards third-man for three runs. De Villiers drove one from Ojha towards Rohit at short extra-cover. But the ball just fell short of the fielder. The next delivery was slight short and de Villiers pulled it towards mid-wicket for a four. Jasprit Bumrah bowled a back of a length delivery and de Villiers hoicked it away for a six over deep mid-wicket. -Cricketcountry