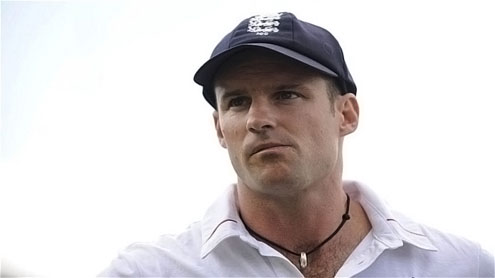 ANDREW STRAUSS is today poised to quit as England’s Test captain in the latest sensational twist to the Kevin Pietersen saga.

A media conference has been called for Lord’s at noon when England managing director Hugh Morris is expected to confirm the news.It would end the reign of a skipper who won two Ashes series and took England to No 1 in the world.Strauss contemplated his future on a family holiday after England’s defeat to South Africa in the Third Test at Lord’s last week cost his team their No 1 status.

He pulled out of Middlesex’s four-day match at Worcester yesterday and, during meetings with Morris and other ECB bigwigs, reached his decision.Strauss, 35, was distraught Pietersen used an offensive Akrikaans word to describe him in text messages to the South African team.He always believed he had a good relationship with the controversial batsman and tried to manage him in a sympathetic manner.

The KP affair has caused deep divisions in the England dressing room — and it looks to have claimed the biggest casualty of all.His departure would also make Pietersen even more of an outcast among the other players as they all admire and respect Strauss.Some might never accept Pietersen back because he has forced out their beloved leader.It is not clear whether Strauss will continue to play on for Middlesex but it seems as though his Test career is over.That defeat at his home ground of Lord’s was his 100th Test appearance. – Thesun

Hurricane Isaac marches slowly up the Louisiana and Gulf coasts

Hurricane Isaac marches slowly up the Louisiana and Gulf coasts