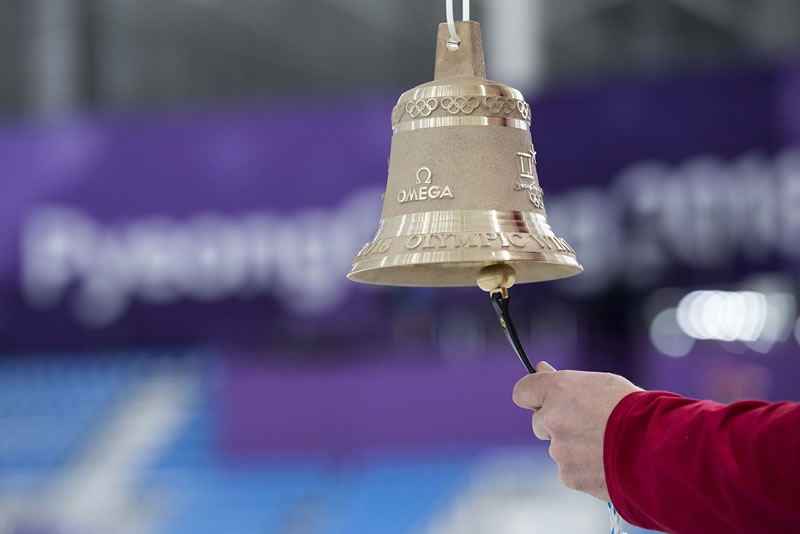 The Olympic Winter Games are now underway with medals being contested and won in all of the 102 events. For OMEGA, the Official Timekeeper of the PyeongChang 2018 Olympic Winter Games, every sport requires its own unique technology and innovation. Today, the Swiss brand unveiled its many pieces of equipment required in Speed Skating, where the difference between gold and silver can be measured in thousandths of a second.

The first job for OMEGA begins on the start line, where timekeepers use the modern electronic starting pistol to launch the action. In comparison to traditional pistols, the e-gun now uses light and sound to generate a precise and equal start for all competitors.

As the athletes race around the track, OMEGA continues its job with a lap counter positioned near the finish line, as well as a traditional last lap bell that rings on the definitive loop. The racers are also fitted with OMEGA’s transponders, which capture a range of live information, such as speeds and comparisons. This is beneficial for athletes to later analyse their performance and also gives spectators at home a deeper understanding of what is happening. 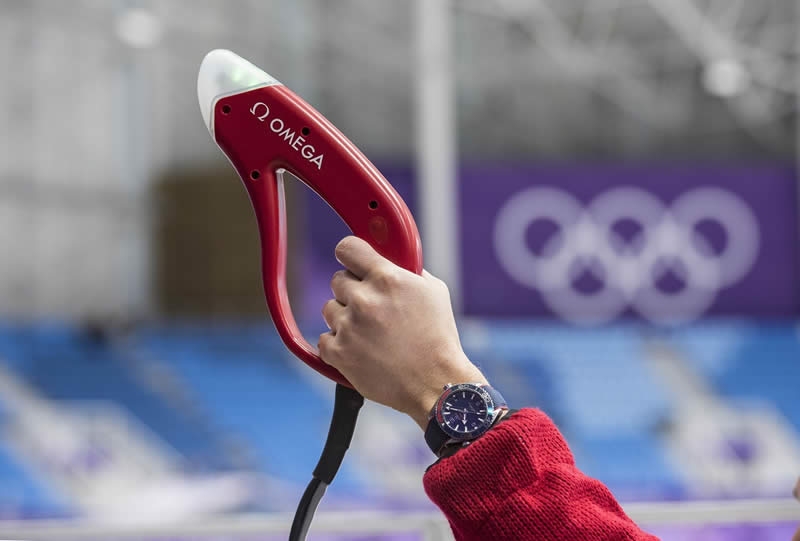 At the finish line, this is where OMEGA’s 86-year expertise and experience is truly highlighted. The brand’s red photocells, set at ankle-height, emit a beam of light across the line and, as soon as the blade of the winner’s skate crosses over, the photocells capture a precise and reliable time, which is instantly projected onto scoreboards within the stadium and to televisions at home.

OMEGA also has its Scan’O’Vision MYRIA photo finish camera positioned above the ice. The camera takes 10,000 digital images per second and is the official way for OMEGA to determine the final positions of every race. 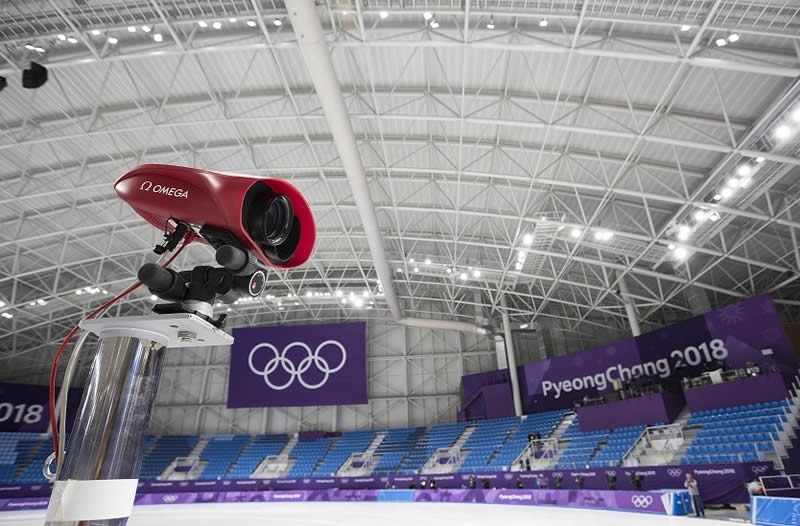 Speed Skating at the PyeongChang 2018 Olympic Winter Games began on February 10th and will continue until the 24th. With one Olympic Record already set – it’s clear to see that competition will be fast and close.  It’s therefore good to know that OMEGA has the skill and comprehensive technology to measure each critical second.

The OMEGA Speedmaster Moonwatch Professional Chronograph comes with a 3-year warranty and will be available in Collectibles.