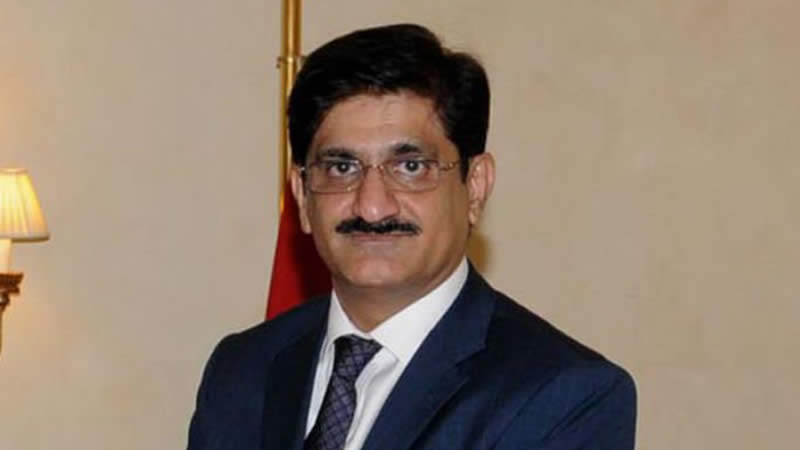 In another major development in the fake bank accounts case, the National Accountability Bureau (NAB) on Tuesday filed a reference against Sindh Chief Minister Murad Ali Shah over alleged misuse of power in energy-related projects in the province and issuance of funds in violation of rules.

The reference filed by NAB Rawalpindi in an accountability court in Islamabad stated that the funds Shah had issued for power projects in Sindh were in violation of rules and that billions of rupees were embezzled in Nooriabad Power Company and Sindh Transmission and Dispatch Company projects.

The Nooriabad Power Project was originally envisaged by the Sindh government in 2012 but could not materialise then due to “red-tapism and delays in regulatory approvals”.

The project was finally launched in August 2014 under a public-private partnership at a cost of Rs13 billion in which the Sindh government held 49% shares and a private company owned 51%.

A 95-km-long, 132kV double-circuit transmission line was laid from Nooriabad to Karachi at a cost of Rs1.95 billion.

Shah was adviser to the Sindh chief minister on finance and energy at the time.

It was alleged that the procedure had caused a loss of $16 million to the national exchequer.

Earlier, the national graft buster had filed a reference against Senate Deputy Chairman Saleem Mandviwalla in the fake accounts scandal.

Mandviwalla had been nominated as an accused in the Kidney Hills plot allotment case.

Meanwhile, an accountability court in Islamabad declared two accused Iffat Zehra and Shoaib Khan absconder and issued warrants for their arrest for not appearing in the embezzlement reference against former BISP chairperson Farzana Raja.

The court separated the cases of both the accused and directed the investigation officer to complete the procedure for blocking their identity cards and freezing their assets.

Shoaib’s brother appeared before the court and maintained that the accused had left for abroad for medical treatment with the permission of the government after undergoing two major surgeries in the country and that now there was no contact with him.

He further said that there were reports that his brother was suffering from coronavirus but there was no confirmed news about it.

The court remarked that Shoaib had been declared an absconder and now law will take its course.

Co-accused Khurram Humayun’s counsel while presenting the death certificate informed the court that his client had passed away on December 29.

The judge ordered the investigation officer to verify the death certificate and submit it in the court.

The court directed all the accused to ensure their presence for indictment and adjourned the hearing until February 15.