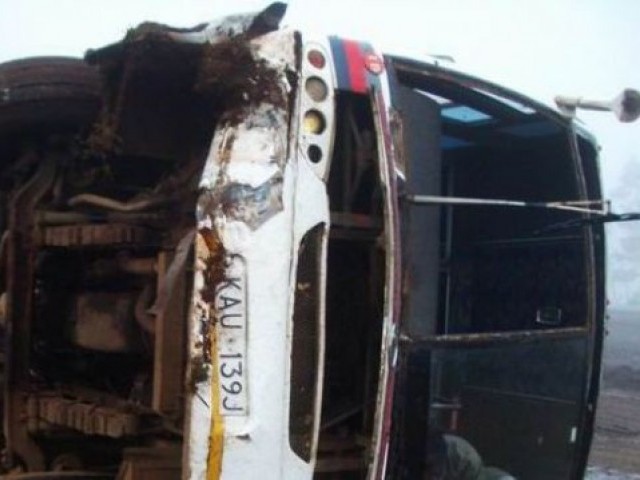 FShoulder coat speeding passenger bus overturned near 3 killed and 25 wounded. According to  in Karachi , Sindh district KASHMORE the bus five minutes before reaching its destination on Indus Highway near capsized .

According to police, the accident resulted in the identification of three men who died mnzurahmd , brown and Amjad Ali was named , was a resident of the three men shoulder coat , hospital administration handed over to the heirs after legal formalities are bodies . -Tiemsofpakistan.pk