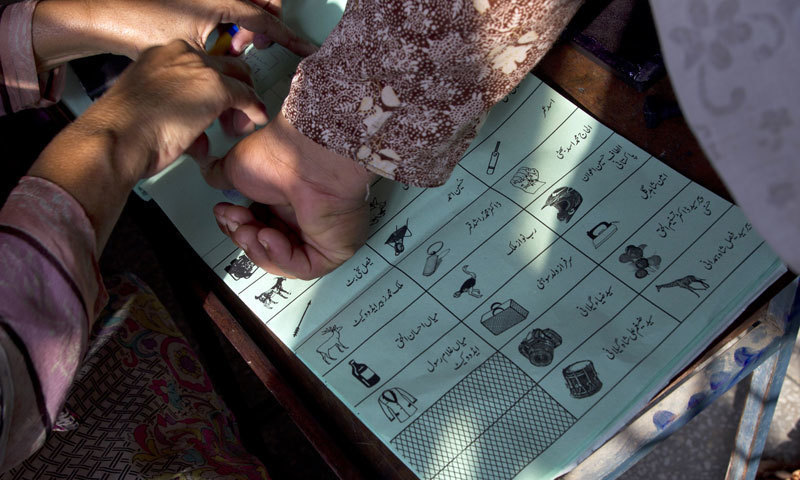 The election tribunal on Monday allowed an application of the Pakistan Tehreek-i-Insaf’s runner-up candidate from NA-118 and directed the Nadra to verify thumb impressions of voters in the National Assembly constituency won by the PML-N.

Tribunal member Kazim Ali Malik directed the Nadra to complete the verification process within a month and submit a report to this effect.

The counsel for Mr Khan submitted a bank draft in favor of Nadra to start inspection of voters’ thumb impressions regarding alleged matter of NA-122, the constituency from where Sardar Ayaz Sadiq of the PML-N was elected as member of the National Assembly. The Nadra charges Rs10 per vote for verification while 183,000 votes would be verified in the constituency, won by National Assembly Speaker Sardar Ayaz Sadiq. The tribunal would resume the hearing on March 11 to check the sum deposited by the applicant. CIVIL JUDGES: The LHC dismissed a petition challenging recruitment of 696 civil judges due to non-prosecution, reports APP. Petitioner Tahir Hanif had challenged the LHC move to hold the exam for civil judges through the NTS and contended that the Punjab Public Service Commission (PPSC) alone was empowered to do so.