Pakistan Rejects US Report on Terrorism, dubs it ‘Self-Contradictory, Selective’ 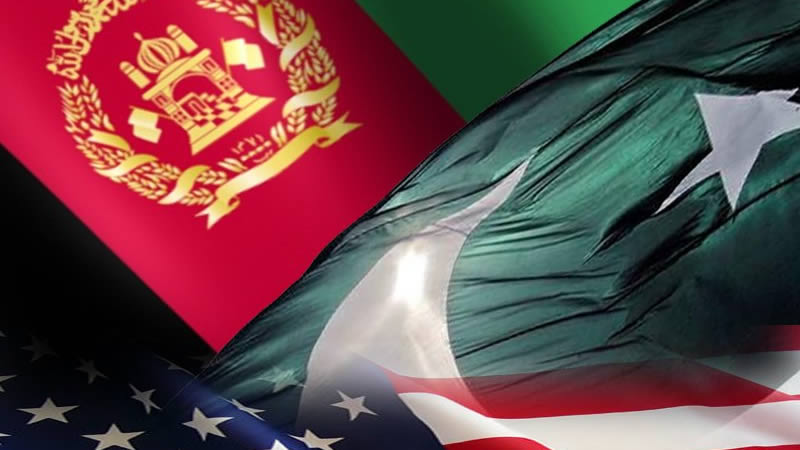 Islamabad has rejected the United States’ annual report on terrorism for 2019, calling it ‘self-contradictory’ and ‘selective’ in its characterisation of Pakistan’s efforts to counter terrorism and terror financing.

The reaction came on Thursday, in response to the annual report, in which the US state department has accused Pakistan of continuing to be a ‘safe haven’ for certain regional terrorist groups.

The report alleged that Pakistan allowed groups targeting Afghanistan, including the Afghan Taliban and the affiliated Haqqani Network (HQN), as well as groups targeting India, such as the Lashkar-e-Taiba (LeT), its affiliated organisations, and the Jaish-e-Muhammad (JeM), to operate from its territory.

“Pakistan took modest steps in 2019 to counter terror financing and to restrain some India-focused militant groups following the February attack on a security convoy in the Indian state of Jammu and Kashmir claimed by Pakistan-based JeM,” read the report further.

According to the US state department, “Islamabad has yet to take decisive actions against Indian and Afghanistan-focused militants who would undermine their operational capability”.

The Foreign Office, however, has strongly objected to this assessment. It claimed that the US has overlooked the positive role played by Pakistan in brokering the deal between the Afghan Taliban and the US on February 29.

“We are disappointed with the US State Department’s Annual Country Report on Terrorism for 2019, which is self-contradictory and selective in its characterisation of Pakistan’s efforts for countering terrorism and terrorist financing,” read a statement issued by the FO on Thursday.

While the report recognises that al Qaeda has been seriously degraded in the region, it has neglected to mention Pakistan’s role in decimating al Qaeda, thereby diminishing the threat that the terrorist group once posed to the world, maintained the FO.

The FO pointed out that the report acknowledged the sharp decrease in incidents of terrorist attacks in Pakistan, “however, it neglects to explain that this was only possible because Pakistan’s resolute counter-terrorism operations have targeted proscribed groups and outfits without discrimination.”

Pakistan is fully aware of its responsibilities as a sovereign state, read the FO’s statement.

“We reject any insinuation about any safe haven. Pakistan will not allow any group or entity to use its territory against any country.”

The FO claimed that on the contrary, it is Pakistan that faces the threat of terrorism from externally based and foreign sponsored groups, like the Tehreek-e-Taliban Pakistan (TTP), and the ISIS-K, besides others.

According to the FO, the report on terrorism by the US, “is again either silent or vague on the origins and locations of these terrorist groups.”

The FO insisted that Pakistan remains committed to fulfilling its obligations under the United Nations Security Council’s 1267 sanctions regime for freezing of assets and denial of funds and economic resources to all designated entities and individuals.

It claimed that in recent months, Pakistan has prosecuted and convicted the leadership of several proscribed groups. The FO added that these efforts have also been acknowledged by the US elsewhere, but only merited a passing mention in the report.

“Pakistan also continues to implement the Financial Action Task Force (FATF) plan, and has undertaken wide-ranging and systemic reforms to that end. While it notes the progress made by Pakistan under the action plan, the report did not capture the political commitment, revamping of Pakistan’s [anti-money laundring/combating finance terrorism] AML/CFT regime, and our consistent and sustainable actions which have also been recognised by FATF,” claimed the FO.

It added that the report failed to acknowledge the full extent of Pakistan’s support for the Afghan peace process, which, according to the FO, had created a historic opportunity for lasting peace in the region.

“Pakistan’s positive contribution and facilitation of the US-Taliban direct talks culminating in the Peace Agreement of 29 February 2020 are widely acknowledged, including by the US and its leadership,” claimed the FO.

“Pakistan hopes that future US reports will fully acknowledge the entire spectrum of Pakistan’s counter-terrorism efforts and present a fair and correct perspective of this global threat,” concluded the statement.