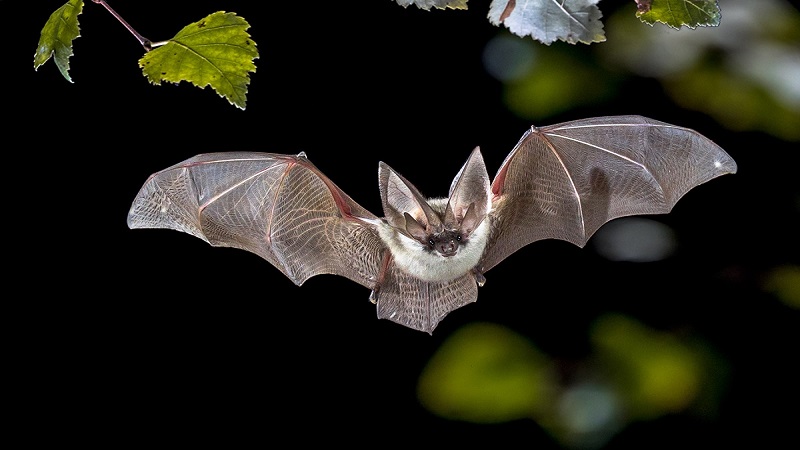 All the same, it is believed that the bats infect first the different animals and then begin thinning out the virus which produce the diseases. Similarly, the current virus, originated in Wuhan – a region of China, infected first the animals and the chickens as well.

Equally, the year of 1967 had witnessed the Marburg virus in Germany which was met to be the cause of bats. Correspondingly, the year of 2014 had witnessed the outburst of Ebola virus in West Africa and this can also be found to have bat roosts in trees, buildings and caves. Besides, Nipah virus which shared out the havoc in India in 2018 and claimed the lives of multiple people, was caused by the fruit bat.

A report appeared in ‘The Spectator’ also confirms that bats are the mammals which are one of the major causes behind the spread of these terminal viruses. The bodies of both humans and bat are “sufficiently related” to the flourishing of viruses.

For donkeys’ years, humans have settled an immunity against diseases such as tuberculosis measles, smallpox, and anthrax caused by domesticated animals like dogs, cows, and pigs. Moreover, unlike other mammals like tigers, bats have also a preference to live in large colonies. Consequently, they lay on viruses which have the potential to spread like a bat out of hell.

In addition, a study entitled ‘Accelerated viral dynamics in bat cell lines, with implications for zoonotic emergence’, confirms that these viruses have also been good at getting dispersed briskly from cell to cell so to counter the immune system of bats.

This, however, ascertains to be even more perilous to mammals which have not established a strong immune system by the same token yet.

Kevin Olival, a disease ecologist with Eco Health Alliance in New York City, declared, “we can learn a lot from bats about their immune system and take some of that information to think over the development of our own therapeutics and about our own health”.

The question in the long run is; how detrimental is the virus? Some quarters might secure the answer to this question by estimating the death rate but in my capacity of a working writer, the death rate is not the only decisive factor for the detrimental and terminal virus (in general).

Though, the 1918 flu pandemic killed off the hundreds of thousands people in the U.S. So, the Ebola, and 1918 flu pandemic have all helped out public health officials get ready for major outbreaks so are different per se yet, and these officials have a tough time forecasting how they will end.

Moreover, the upshot of such disease largely subjects to other situations — how spreadable and terminal it is, how germ-free people are, and how soon a vaccine or cure is made available.

However, as all and sundry knows that new cases of the COVID-19 are increasing day by day and it is natural to draw a comparison between the new disease to other outbreaks in recent history. Dr. Mark Schleiss – a pediatric infectious disease specialist with the University of Minnesota – said that this flu was novel for people mostly under the age bracket of 40 and 50.

So the 1918 flu had infected well-nigh a third of the world’s population, that was poles apart from the usual flu, until it was died out. Then in 2009 and 2014, the other frightening viruses like H1N1 influenza and Ebola respectively that were seen nowhere in that these all the viruses were got successfully controlled.

Life was the poles apart in the distant past — as one example, people were in very crowded conditions and too were exceedingly germ-free — this backed the disease build and spread, said Johnson [sic].

The key symptoms for the disease of flu were aches, nausea, fever, and diarrhea. It begot 500 million cases around the globe. The death toll caused by the flu was estimated at the rate of over 50 million (675,000 in the United States). The flu was transmitted via respiratory droplets. Then came the end of pandemic in summer 1919 mostly by dint of deaths and higher immunity levels.

On the contrary, the coronavirus has been inflicting people for long at alarming rate and the whirlwind ups and downs in the cases have been witnessing the terminal threat of the virus. The message “stay home stay safe” is the only panacea right now for the disease. In my view, this message matches exactly with the prescriptions the doctors or even religion offers stating “prevention is better than cure”. The plot thickens day by day but people lose it (the plot).

Smart Lockdown SOPs: How to Stay Safe During Pandemic

Pakistan Rejects US Report on Terrorism, dubs it ‘Self-Contradictory, Selective’

Pakistan Rejects US Report on Terrorism, dubs it 'Self-Contradictory, Selective'