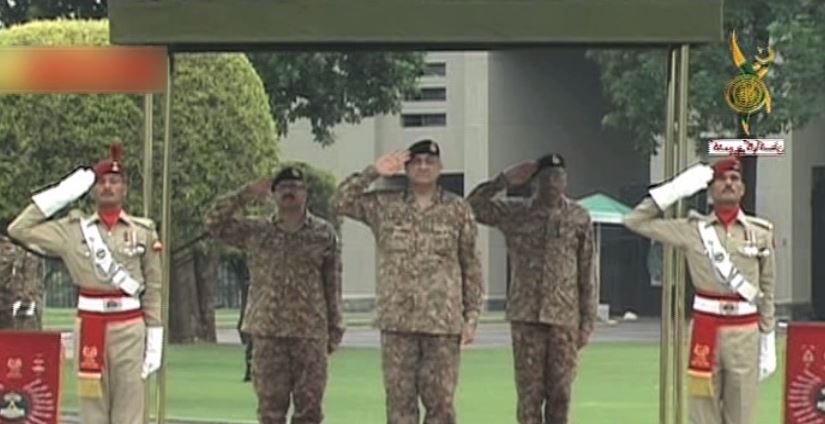 The main ceremony in connection with Defence Day was held at General Headquarters (GHQ) to remember the sacrifices of the martyrs for the safety of motherland.

According to details, Chief of Army Staff (COAS) General Qamar Javed Bajwa also laid floral wreath on the monument of martyrs. Addressing the ceremony, Army chief General Qamar Javed Bajwa emphatically stated that Pakistan’s armed forces have not and will not refrain from any sacrifice for the defence of the country. A peaceful and strong Pakistan is our destination and we are steadfastly moving towards that end, he added.

The Army Chief said today’s Pakistan gives the message of peace and security to the world. He said Pakistan has fulfilled its responsibilities in the war on terrorism and now responsibility rests with the world community to reject all forms of terrorism and extremism. Bereaved families of the martyrs have especially been invited to attend the main ceremony that is being held in day time.

It was on this day in 1965 that Indian forces crossed international border in the darkness of night to attack Pakistan but the nation and the armed forces foiled the nefarious designs of the enemy.

Chance Of The Centuries