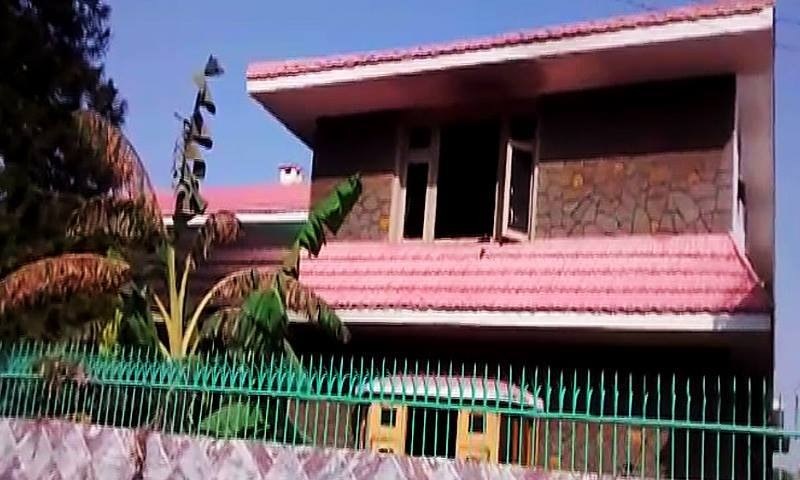 Seven people including five children were killed in a fire at a two-storey house on Wednesday morning in Rawalpindi’s Chaklala Scheme 3 area.

Two women were also injured in the fire. Shaukat Cheema, 35, his wife Ayesha, 32, and their five children were killed as a blaze fanned out of control after electrical short-circuiting in the two-storey house.

The eldest of the children, Hasan, was 14, while the youngest was four-year-old Fatima. Two women who were injured during the fire have been taken to a nearby hospital for treatment.  The fire was extinguished by a fire brigade team, and police are now investigating the incident. Eyewitnesses in the neigh bour hood told Dawn News that the fire began at around 7:30am this morning. After seeing smoke and fire in the upper portion of the house, neighbours called Rescue 1122 services.  The upper portion of the house belonged to Shaukat, a businessman, while his brother-in-law, Anjum Shehzad, lived downstairs. Those living downstairs were evacuated from the building at once.

Rescuers broke the upstairs windows to rescue those trapped upstairs, but the members of the family had passed away mostly due to asphyxiation. The house contained wood work which caused it to spread quickly. The rooms upstairs have been mostly destroyed, DawnNews reports. The seven who died lived upstairs, while the two women who were injured lived in the bottom portion of the house. Family members have arrived at the scene, while neighbours are attempting to calm them.

Zardari Cautions Military Establishment for 'Stepping Out of Domain'