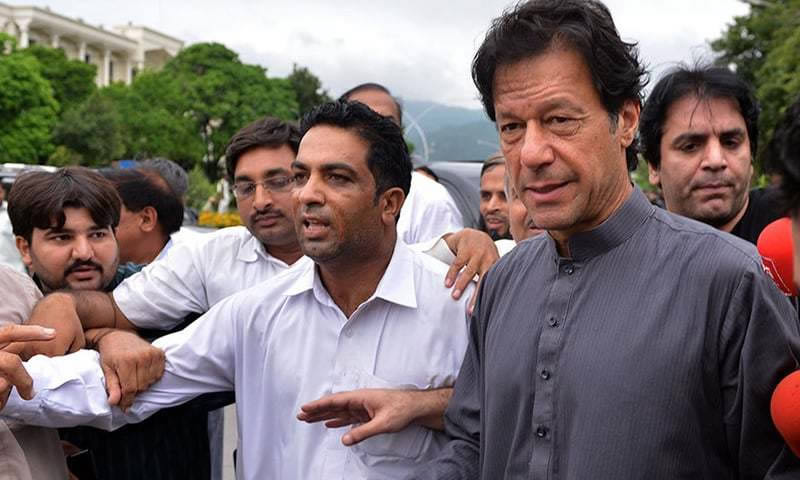 Imran told reporters after the meeting that his party has also requested that the CEC form two tasks force to look into giving overseas Pakistanis a right to vote as well as the possibility to introduce an electronic voting system for next general elections. The meeting took place two days after an election tribunal in Lahore turned down Imran’s plea for action against an inquiry commission that inspected the record of election in NA-122.

The PTI chief had sought re-inspection of the records of certain polling stations in the constituency. Disposing application, tribunal member Kazim Ali Malik had said that at this stage it was premature for the PTI leader to seek re-inspection. The tribunal has set Feb 7 as the next date for hearing. Imran Khan had alleged that the commission had not followed its terms of reference and that it had committed breach of trust by giving statements to media.

Retired sessions judge Ghulam Hussain Awan was appointed by the tribunal to inspect the record. The result of the election remained unchanged after the process. After an audit of a number of polling stations in NA-122 constituency, both the ruling PML-N and the PTI have been making contradictory claims. -dawn