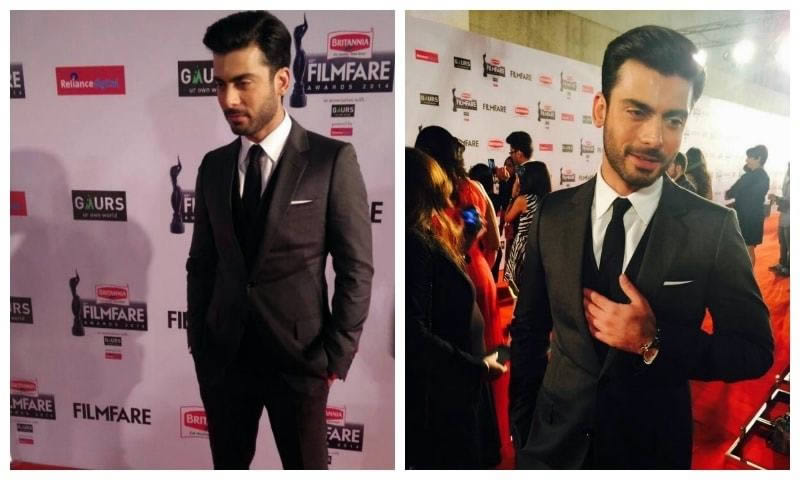 The 60th Filmfare Awards were held to honour the best films of 2014 from the Hindi-language film industry at the Yash Raj Studio in Mumbai. Fawad Afzal Khan won the Best Male Debut Award for his work in Khoobsurat.

Other nominations in this category were Tahir Raj Bhasin (Mardaani), Tiger Shroff (Heropanti), Sharib Hashimi (Filmistaan) and Freddy Daruwala (Holiday). Fawad received the award from Sonam Kapoor and Jhataleka Malhotra. On receiving the award Fawad thanked Anil Kapoor, Rhea Kapoor (Producer), his co-star Sonam Kapoor, Disney Productions and the entire team of Khoobsurat and also spoke about his experience on working on the project. Fawad further thanked his fans and said “You guys are the instrument of my success. It is beautiful to get love from people in India and Pakistan.” Following is the complete list of winners of the 60th Filmfare Awards: