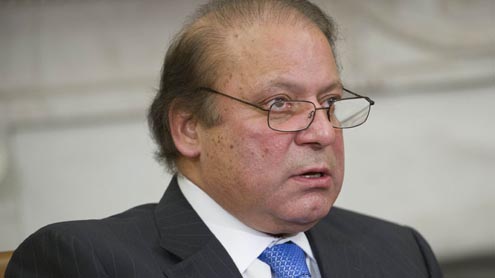 LAHORE: The Prime Minister Youth Business Loan Scheme appears to have hit a major snag over the condition that makes it mandatory for loan-seekers to have a resourceful guarantor ready to accept responsibility to repay the loan in case of default.

“The government is in a fix on how to secure the loans it plans to disburse without reducing the access of ‘eligible’ loan-seekers to the subsidised credit just because they can’t find a guarantor,” a senior official told Dawn on Monday.

Under the initiative, a government employee in BPS-15 and above or someone with a net worth 150pc more than the amount of the loan being sought can be a guarantor.

The official, who has attended a number of long meetings chaired by Prime Minister Nawaz Sharif to design the initiative, conceded the condition to have a guarantor could “exclude” thousands from the scheme. He said the banks were reluctant to implement it without a “solid mechanism” for recovery of their money from defaulters because the “fatality rate in the SME businesses in normal conditions is above 35pc. The participating banks fear the infection rate under the scheme could be above 50pc”.

The government is trying to sort out this problem and might come up with a solution soon. “This is an initiative very close to the heart of the prime minister and he won’t want to see a project headed by his daughter, Maryam, fall apart. Its success is also important for the ruling PML-N to woo the middle class youth away from Imran Khan’s PTI,” the official said.

The government rolled out the Rs100bn scheme earlier this month as part of the Prime Minister’s Youth Development Programme. Under the scheme, 100,000 loans will be given out at a subsidised interest rate of eight per cent. The individual loan amounts will range between Rs100,000 and Rs2 million and they will be given out to young entrepreneurs between the ages of 25 and 45 to set up small businesses. The government will pick up the seven per cent differential in the rate paid by borrowers and charged by the banks.

The government intends to disburse Rs500 billion as loans over the next five years. The rate of subsidy at the current credit cost is estimated to cost the budget Rs3.5-5bn in the present fiscal, depending on the size of loans disbursed by the end of June. The initiative has caught the imagination of hundreds of thousands of loan seekers. A spokesman for Smeda said that during the initial 18 days the agency had recorded 4.8m downloads of the scheme-related ‘generic’ documents posted on its website.

Another official, who was also involved in development of the initiative, said finding a guarantor shouldn’t be that much of a problem. “If you’ve a good business plan it should not be difficult to persuade anyone to become your guarantor. There’s also a chance that many will be ready to offer guarantees on your behalf provided you agree to share a small percentage of profits (from the business) with the guarantor as cost of risk he is willing to take for you,” he argued.

He, however, shook his head when asked if he would be ready to act as guarantor himself. “I have too many financial responsibilities of my own to allow me to take the risk. Even the best of businesses can fail.” Finance Secretary Waqar Masood told Dawn the money being lent under the scheme belonged to banks and their depositors. “You cannot expect banks to give out loans without proper safeguards for recovery.

“You can well imagine what will happen if loan-seekers know they don’t have to repay their loans.” He acknowledged the problem of finding a guarantor exists for some. Yet, he added, the demand (for loans) was immense. “We have already done away with the condition of post-dated cheques from the guarantors and will see if we need to (relax) it as the programme moves ahead.”

Some officials insist the loan scheme is more “suitable” for those who are already in business. “Such people don’t have to worry about finding a guarantor; they can collateralise their loans. After all, the scheme offers them a huge subsidy on the price of the loan,” another official said. “Those who cannot find a guarantor and don’t have collateral to mortgage against the loan should wait for the microfinance initiative under which the government plans to give Rs50,000 per person through organisations like Akhuwat as Qarz-i-Hasna,” he said.

BANKS RELUCTANT: Although the government plans to initially implement its flagship initiative through two state-owned banks – National Bank and FWBL, it is considering “encouraging” private commercial banks to also participate in it at a ‘later stage’. Background interviews with senior bankers, who spoke on the condition that their or their banks’ names will not be revealed, show their reluctance to take up this responsibility.

“We’ll resist the pressure to join this scheme, which we think isn’t

commercially viable,” the head of retail banking at a major bank said. “It will end up in billions of rupees in toxic debt just like a scheme Mr Sharif’s first government had launched in the early 1990s: the Yellow Cab initiative. “When there’s political interference the banks always end up losing money,” he argued.

The head of risk management department of another bank agreed, but said it would be difficult for “us to resist the pressure beyond a limit”. “I’d rather the government spared us. But if we’re forced to join it, we will demand two things: one, the guarantors should be made liable to pay the defaulted amount; two, the government should share losses with the banks.

“The banks are prepared to take a chance on our people. But we first owe to our depositors and our shareholders. We can afford to lose a couple of billions but the amount involved (in the scheme) is huge and unless the government is ready to share losses how can we risk our depositors’ and shareholders’ money?” he wondered. He said he was hopeful that Ishaq Dar, the finance minister, would ensure credible safeguards to “eliminate or minimise delinquencies if he wants us to participate in it”. -Dawn